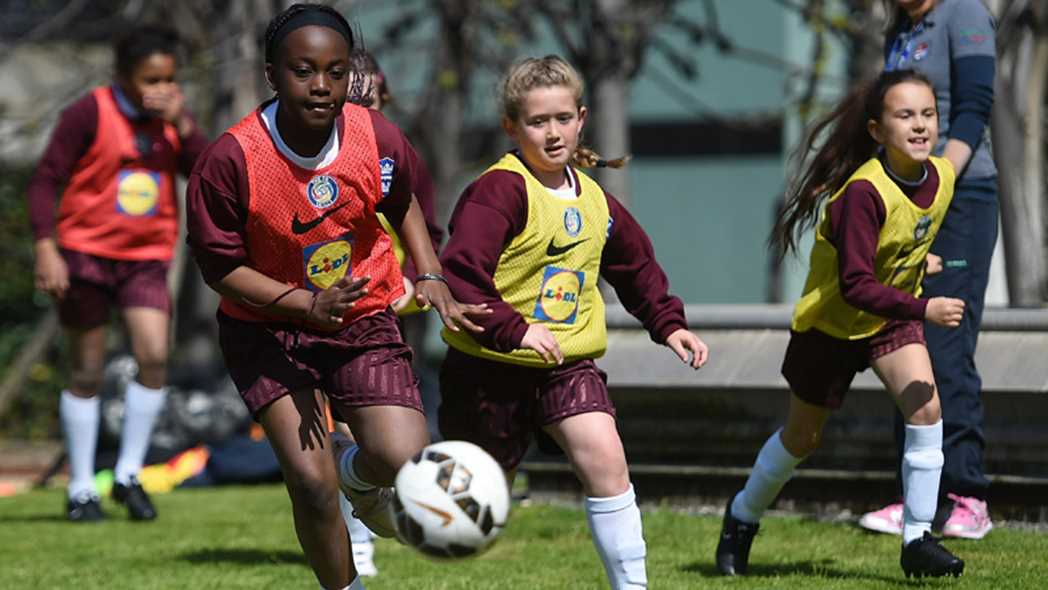 The FA plans to double the number of women and girls taking part in football by 2020, it was revealed on Monday.

The organisation’s new ‘Gameplan for Growth’ details how it will grow participation and create a sustainable and successful high-performance system to ensure England teams compete with distinction on the world stage at every age group.

At the launch of the ambitious new strategy, Baroness Sue Campbell, The FA’s head of women’s football, outlined the vision on how to build consensus, collaboration and co-ordination across every level of the game by focusing on eight key priority areas:

• Building a sustainable and successful high-performance system
• Building a world-class talent pipeline
• Increasing the number and diversity of women’s coaches, referees and administrators in the sport at all levels
• Developing participation opportunities and infrastructure
• Changing  perceptions and social barriers to participation and following
• Enhancing the profile and value of the England team and players
• Signposting opportunities to participate, watch or follow
• Improving the commercial prospects in women’s football.

“Women’s football has never been stronger,” said Baroness Campbell. “I am immensely proud of the work that The FA has done in this area already but I am genuinely excited about the potential for the game.

“I strongly believe that this strategy will change perceptions and help remove the social barriers to participation whilst continuing to support the serious players on their pathway to the England team.

“We want to welcome every girl and woman into the game regardless of ability, background or age. There has never been a more important time for football to play its part in supporting girls and women to become physically active and to lead and administer the game.”

Other initiatives include player profiling, the creation of a new talent pathway as well as a full competition review of the women’s leagues. The FA will also establish ten women’s high-performance centres.

To increase participation, The FA, in partnership with SSE, will develop ‘Wildcats’: a new network of 200 girls’ football clubs that will provide local, safe and girl-friendly football programmes. Additionally, The FA will implement local women’s and girls’ football strategies for each County FA.

In delivering its new strategy, The FA will continue to work closely with partners from across the game as well as its key commercial sponsors and broadcasters.

The governing body has expressed its ambition to stage a major international tournament in the coming years as it seeks to inspire the next generation and ultimately set a new benchmark for women’s football across the globe.