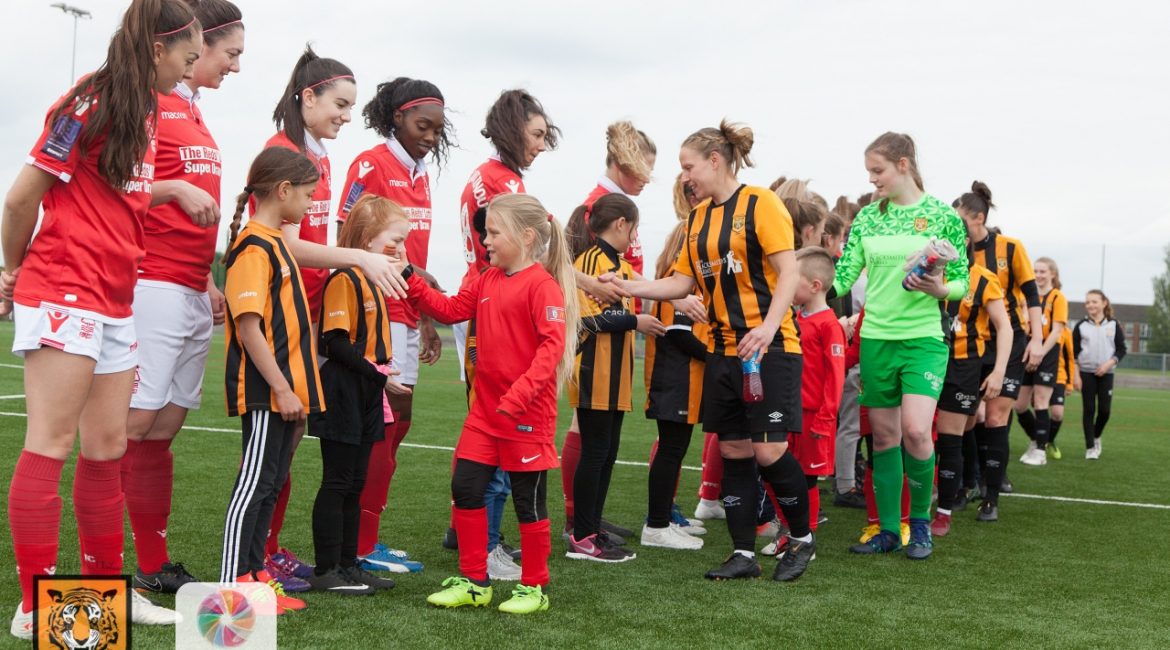 Hull City Ladies went down 3-5 to Nottingham Forest Ladies this past Sunday at their Hull University ground in their final game of the 2018/19 season.

The weekend game coincided with HCLFC’s Community Day and the previous day’s Girl’s Football Day event where attendees received the chance to lead the team out as mascots for the Forest fixture. Alongside this the game marked the launch of Hull City Ladies’ new Hope and Glory 2019/2020 season home and away kits.

As a result there was a feel of real excitement in the air and this excitement seemed to carry onto the pitch as City Ladies started the game on the front foot. A chance was created in the sixth minute when Emily Smith pressured a Forest defender and combined with Rebecca Beech, only to be thwarted by the keeper.

The solid start continued when Beech opened the scoring in fine style shortly afterwards, chesting-down an Amy Kay through ball and volleying past the Forest keeper from 20 yards, a superb opener from City’s all-time leading goal scorer.

However this was cancelled out minutes later when a Nottingham Forest corner led to an unmarked, headed leveller. City almost restored their advantage after the restart with Amy Blinkhorn only being denied by the acrobatics of the Forest Goalkeeper.

The game was becoming an end to end tie and subsequently jolted into action, to Hull City Ladies’ detriment as Forest netted in the 25th, 27th, 29th and 36th minute to leave the Tigresses shell-shocked and somehow trailing 1-5 at the break.

Hull City Ladies could be forgiven for letting their heads drop, but came out raring to go from the restart creating chance after chance, though it took until the 60th minute to grab a second Tigress goal when Hope knight fired in a low drive from the edge of the area. City seemed more in control in the second half despite the score-line and Knight almost grabbed her second but this was ruled out for offside. Beech too then almost grabbed her brace only for the ball to be cleared off the line.

The Tigresses kept pushing forward and were eventually rewarded late on when Holly Johnson-Collier notched a debut goal with a composed finish to leave the final score 3-5 to the visitors.

In an Eight Goal Thriller the large fan turn-out certainly got their money’s worth with this game, it was a shame that Hull City Ladies’ could not round off their season in style, but there were certainly glimpses that the coming season could hold much reason for optimism.

Despite the loss Hull City Ladies’ 10th placed finish this season means they have successfully survived their first season at this level and will be hoping to capitalise and push on again next season.

Hull City Ladies will next be cutting their teeth in pre-season action this coming July.