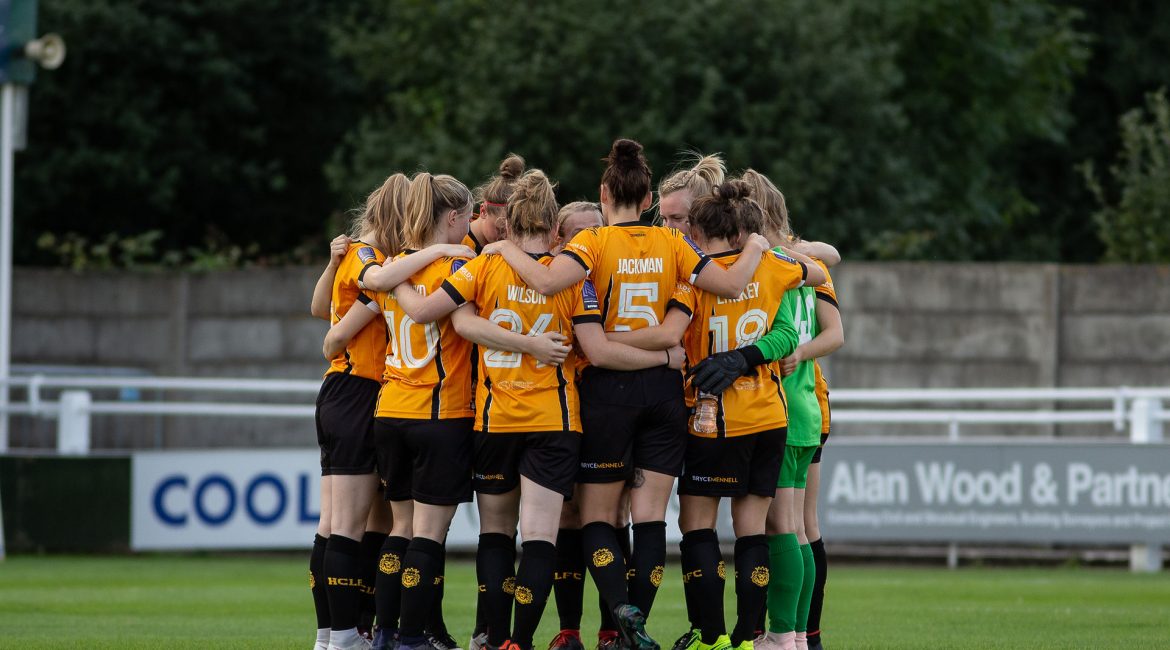 Hull City Ladies poor start to the season continued as they were beaten heavily by Derby County Ladies, despite a dominant first-half display at the Dransfield Stadium.

The home side started the encounter well, however it was the visitors who took the lead through Hannah Keryakopolis.

The midfielder picked up the ball from deep before breezing past a couple of defenders and catching out Alise Hand at her near post.

Rachel Gay’s side responded well to going behind and came close to being level within five minutes.

Emily Smith sent through Rachael Ackroyd, the forward did well to hold the ball up before teeing up Ellie Tanser who could only fire over the crossbar.

It came as no surprise to anyone inside the ground when Hull did finally manage to level the score midway through the half.

Smith’s corner from the right carried great curl and flew straight through the hands of Leah Kellogg and into the back of the net.

The equaliser gave the Tigresses even greater confidence and they came close to taking the lead soon after.

Smith turned provider on this occasion to tee up Helen Lynskey who fired from range, however the Derby ‘keeper did well to pull off an acrobatic save to keep the score at 1-1.

Lynskey, who was pulling the strings in the midfield, came close again when she had a shot that struck the foot of the post after the ball had fallen to her from Jo Symington’s cross.

It was a strong first-half showing from the home side and they’d have been disappointed that they couldn’t take the lead.

Despite the dominant opening forty-five, it took Derby just six second-half minutes to go back in front.

Ellie Gilliatt was quickest to react to Hand’s mishit clearance, and the winger audaciously lobbed the ‘keeper from range.

Derby then doubled their advantage on the hour mark thanks to an own goal from midfielder Alice Hughes.

Her attempted clearance found its way past Hand after Derby had whipped a dangerous cross into the area.

Substitute Monique Watson sent the Ewe Rams out of sight shortly after. The pacey forward breezed past Ellice Jackman before sending a delightful chip over the head of Hand.

A second own goal of the game followed moments later when substitute Lucy Dunlop diverted a cross into her own net to make it five.

The rout was completed late on when Keryakoplis’ corner found the head of full-back Emily Owen who towered above everyone to make it 6-1. A scoreline that would’ve seemed impossible at the break.

Despite the heavy defeat, it was probably the best the Tigresses have performed this season with all eyes now firmly on Wednesday’s game against Huddersfield Town Ladies.