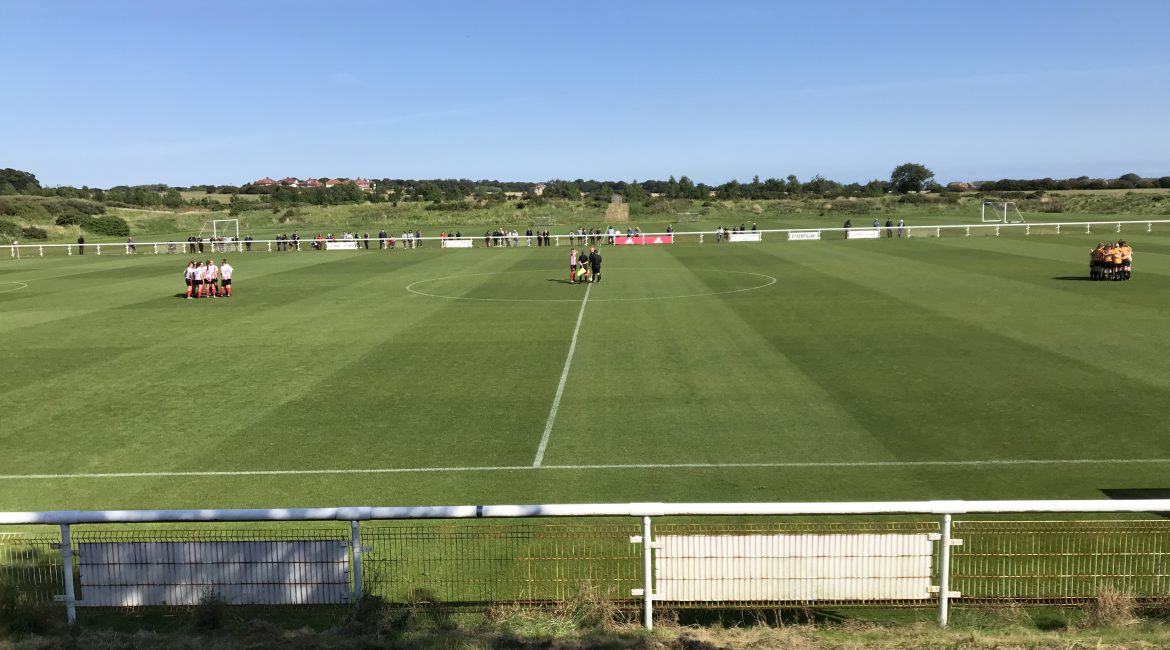 The Tigresses were smashed 9-1 by Sunderland including a Bridget Galloway hat-trick in their 4th game of the FA Women’s National League North campaign and their third loss in a week.

Whilst the hosts were flying high in third position, the Tigresses were amongst a number of teams yet to grab their first points so far this season.

With the two sides separated by a wide margin in the division, the difference in quality shined through even in the opening stages of the affair.

The hosts hammered home their early surge on the Hull goal when they opened the scoring in the 8th minute; Tillie Oxley was beaten by Faye Mullen on the left, before she curled superbly beyond Lacey.

Hull responded, however, and in the 11th minute a succession of flick-ons eventually found Smith, she played through Thompson but her effort was beaten away.

Minutes later, The Tigresses levelled the scoring; a delightful passage of play eventually found Tillie Oxley on the right, her cross-cum-shot sailed over Cowling after she misread the flight of the cross.

After fashioning the rare opportunity to equalise, The Tigresses conceded moments later.

Bridget Galloway found a marauding Jess Brown on the right, she delivered to Keira Ramshaw who converted past Jasmine Lacey.

Sunderland continued to keep the visitors penned in their own half and extended their advantage in the 24th minute.

Brown turned provider this time when she sprayed a pass across to Lambert, the Sunderland wide man cut inside of Pegrum and struck ferociously into the far corner.

The Tigresses were barely in possession of the ball for 20 seconds after the restart when Sunderland netted their fourth of the afternoon.

Sunderland continued their siege of the Tigresses goal in the second half, capitalising on misplaced passes in defensive areas.

Keira Ramshaw’s persistence early on provided her with an opportunity, but her shot was blocked.

The Sunderland attacking midfielder then took matters into her own hands, she danced her way through the Tigresses before converting a cultured strike beyond Lacey.

In the first half, Sunderland took a more conservative pressing approach, allowing the away side to have space in defensive areas.

In the second half, however, the hosts pressed high in an attempt to extend their advantage and were rewarded with their sixth of the afternoon.

Sunderland pressed in unison and the ball dropped fortuitously to Galloway; she arrowed her effort beyond the grasp of Lacey.

The Tigresses continued to gift possession to the hosts and conceded their seventh in the 78th minute.

Galloway netted her hat-trick with a cultured strike similar to her second effort; a powerful drive that flew over the frame of Lacey.

The score became more damaging when Charlotte Potts arrowed her free kick into the top right corner after Jackman was adjudged to have handled the ball.

The hosts completed the scoring deep into added time when left wing back Faye Mullen grabbed her second, she cut inside Tillie Oxley before curling brilliantly beyond Lacey.

The Tigresses were outclassed by a far superior opposition, which there is no shame in accepting that. However, a reaction is needed in the next two weeks before they travel to a tough Stoke City side, whilst Sunderland entertain Huddersfield in a top of the table clash.