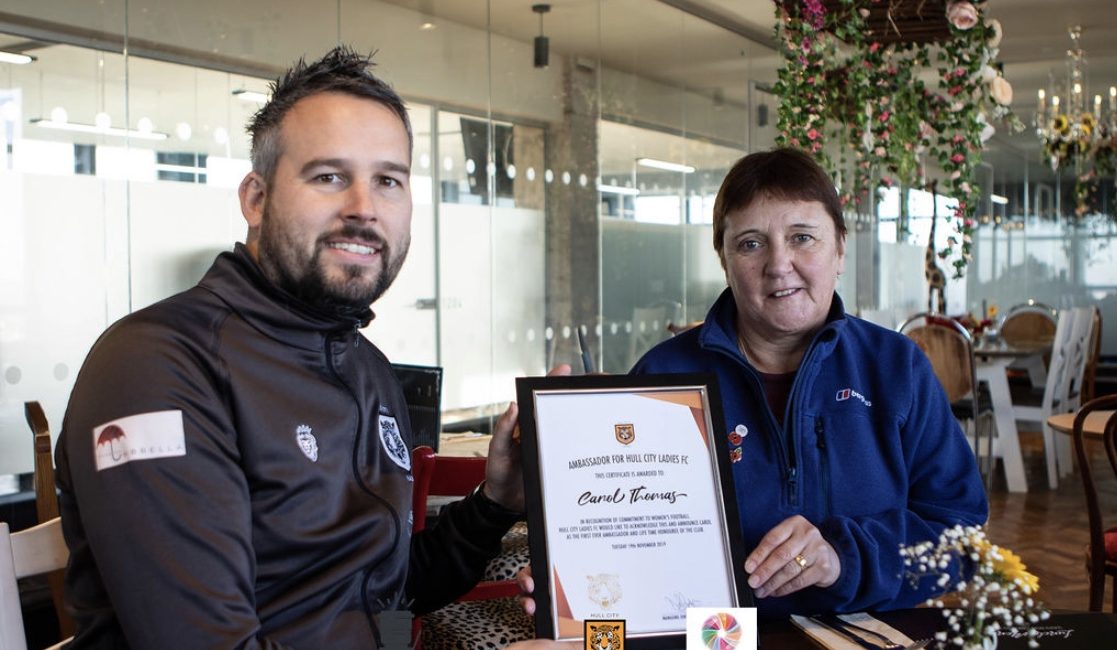 Hull City Ladies are pleased to announce Carol Thomas as club ambassador. The former England international women’s defender succeeded Sheila Parker as captain in 1976, holding that position until her retirement in 1985.

In her time as captain she set some exceptional milestones; she became the first England captain to surpass 50 caps and also captained her side to their inaugural trophy. A success in the home International tournament against Wales and Scotland.

After pioneering the acquisition of Carol Thomas as ambassador, head coach Danny Johnson spoke of his excitement to unveil this news.

“It’s something that I am very passionate about having at the club, the women’s game is growing massively.”

“We had Carol Thomas come down to our pre season game which was our first at the Dransfield stadium and it was a great occasion to mark our first game of playing at our new ground and having her present as our special guest was phenomenal.”

“I think it’s both important not just on the field but off the field equally to keep pushing boundaries and having an ambassador at the club speaks volumes for what we are trying to achieve. It is somebody who will hopefully inspire all generations of football whether it is; somebody coming down to watch the game or young girls participating in the sport.”

Carol was also asked about her thoughts on the development of women’s football and how the Tigresses partnership with North Ferriby is the springboard to higher tiers.

“I see the Tigresses move to Church Lane as a massive step forward for the club. The ‘partnership’ with North Ferriby now means they can boast a brilliant home, with a pitch and facilities that can provide a springboard to the higher tiers of the women’s football pyramid”.

Photo by Tony King in Association with Kevin Greene Photography.