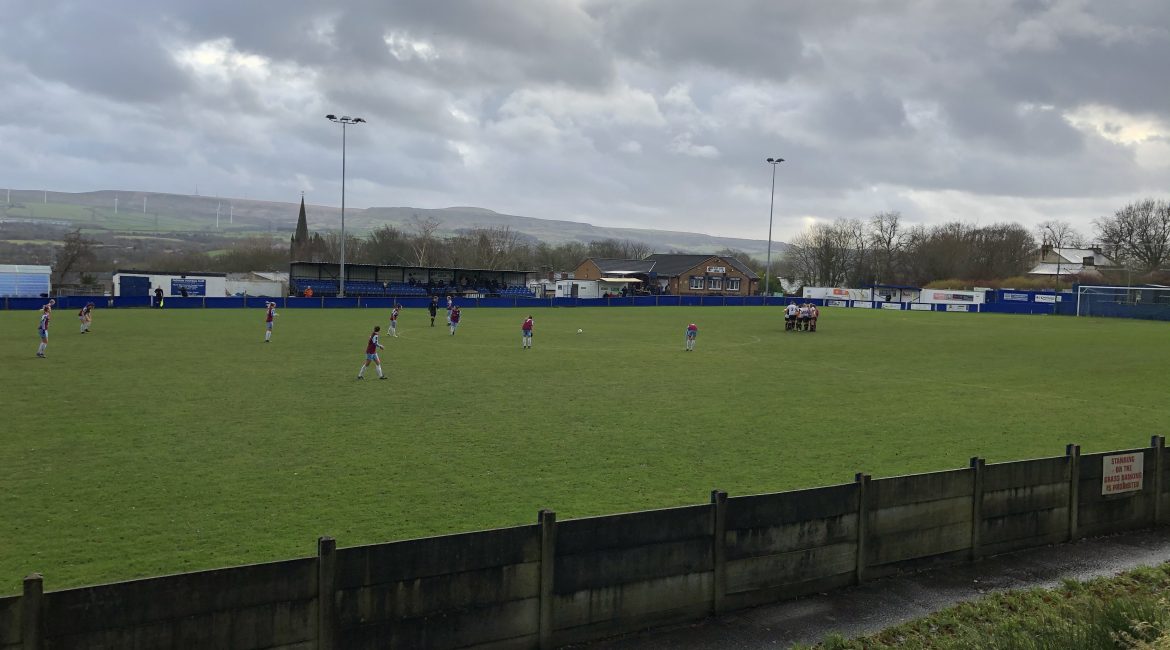 A Sarah Greenhalgh double, including an 89th minute winner, cruelly ended the Tigresses hopes of progressing to round three of the FA Cup.

In a display dominated by the visitors, Burnley had their goalkeeper to thank for her inspiring performance in-between the sticks. She made some impressive diving saves to deny the Tigresses from extending their early one-goal margin.

With no recognised centre halves available, Rachel Gay opted to use Emma Westmorland and Jo Symmington as a makeshift defensive partnership. This, however, benefitted the Tigresses as both players were comfortable in possession of the ball and were able to play out from the back.

Lynksey dropped slightly deeper next to Alice Hughes and Rachael Ackroyd was dropped into the number 10 role in a 4-2-3-1 system.

The Tigresses began the game playing the majority of the football in the Burnley half, pressing high and causing Burnley to gift away possession.

This was demonstrated perfectly in the 19th minute when the Tigresses opened the scoring; Rachael Ackroyd put pressure onto Nicola Worthington, her slack back pass reaped a sloppy touch from the keeper and Olivia Wilson could only divert the ball into the path of Harley Skinner who slammed into the empty net.

This system encouraged the full backs to push high with the protection Alice Hughes offered in the midfield and left back Florence Pegrum had a chance to double the Tigress advantage in the 38th minute. Katie Thompson’s slide-rule pass found Pegrum in the box but her effort reduced the keeper to save down low.

After pulling off the game plan superbly for the majority of the half, the Tigresses could count themselves unlucky to concede a goal on the stroke of half time. Kenedy Owen’s through ball was only half cleared by keeper Sharla Cone and into the path of Greenhalgh, she took a touch and finished exquisitely into the empty net from 25 yards.

Although Burnley began the second half with a spring in their step, the Tigresses continued to nullify any danger with the two centre backs particularly influential in cutting out any attempted through balls. A particularly impressive defensive display from Symmington and Westmorland.

When the front four pressed high, the visitors looked particularly dangerous and this was epitomised in the 63rd minute. Ackroyd cut out a poor kick from keeper Lauren Bracewell and the ball fell invitingly for Emily Smith, she hit a thunder strike that cannoned off the upright.

The system that the Tigresses deployed frustrated the home side in possession, they were unable to break through the resilient shape which was a testament to the organisation of the visitors.

The second half was mainly played in the visitors half with Burnley gaining impetus to push higher up the pitch, however, they were unable to conjure up a clear cut opportunity and were reduced to half chances. Midway through the second half Kenedy Owen let fly from range but the ball sailed into the grateful grasp of Sharla Cone, Greenhalgh also sliced her long range effort wide of the target.

Rachael Ackroyd then had a chance to restore the Tigresses lead when her powerful drive inside the box was beaten away by Bracewell.

With a minute left to go, the Tigresses were made to rue their missed opportunities and Burnley took the game away from the visitors when extra time looked imminent. Westmorland agonisingly misread the direction of Owen’s prodded through ball to set Greenhalgh away, she remained composed enough under pressure to finish convincingly on her weaker left.

The FA Cup is a prestigious competition and the Tigresses showed the grit and determination in a game where they dominated the goal mouth action but fell victim to a clinical Greenhalgh who broke Tigresses hearts with her impressive double.