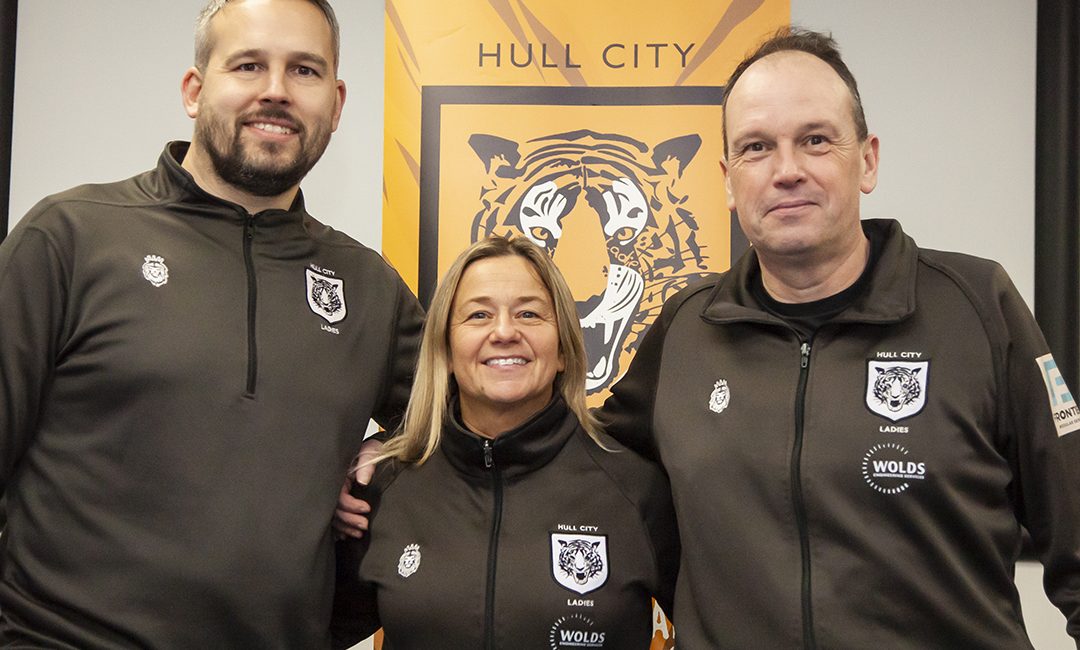 His appointment has come after Rachel Gay announced that she has stepped aside and is going to work closely with the new manager. Gay had spent over a decade at the helm, guiding the team to two promotions and reaching the FA Cup third round in the 18/19 season. The news of this managerial change was decided by Rachel herself, she realised what Adrian would bring to the club and she is delighted to have the opportunity to work with him again.

Costello arrives at Hull City Ladies after a managerial spell in Sweden at fourth tier side Ytterhogdal IK. In the year 2018 the Swedish outfit were favourites for relegation, but Costello masterminded a 3rd placed and 2nd placed finish in the two seasons that followed, narrowly missing out on promotion.

Before becoming a professional football manager, Costello was a soldier, turned Police Inspector in Humberside, however, years later Costello’s successful career as a football manager began by pure accident. After taking his daughter to a girls football training session at North Ferriby in 2006, the ‘coach’ said he was too busy to run it so Costello took the reigns and the rest is history.

After completing his UEFA A-License in 2010, enabling him to work in a professional environment, Costello was able to take on responsible positions in clubs academies, namely Hull City and York City. He endured a brief stint in Abu Dhabi, was assistant at Hall Road Rangers and then managed Garforth Town in 2016 for a seven month spell before moving to Sweden.

Speaking about his appointment as Tigresses first team manager, Costello said, “I’m absolutely delighted to have been asked and to take on the role.”

“This year I’m hoping to get them up the league, I think being bottom at this time is not a realistic position that they should be in from what I’ve seen. We will climb the league with that bit of belief and desire.”

“Where Danny and Rachel have taken the club from is absolutely incredible, it’s important that the city of Hull has a top level football team.”

He also made a statement to supporters: “Come and support us, come and watch, if you’re a female footballer with aspirations of any age come and see the standard.”

Tigresses General Manager and Coach Danny Johnson added “I am delighted to welcome Adie Costello to Hull City Ladies FC as the new 1st team manager. Adie has a fantastic CV, is very familiar with our club and players and has experience in the women’s game.”

“Myself and Rachel decided it was the right time for a new manager and we wanted the right person for the job, so as soon as we knew Adie was back home we knew that we wanted to speak with him as soon as possible as he would be inundated with other offers.”

“It was important to have the right person to join the club to continue the great work Rachel has done in this management role. Rachel will continue by assisting Adie as well as myself as coach to assist Adie when and where he requires us.”

“I’m absolutely delighted to have Adie as part of our team, he’s met the players and staff this week and we are all looking forward to Sunday’s away game versus Loughborough in an important FA Women’s National League game.”

Former manager Rachel Gay also added “We are absolutely delighted to welcome Adie Costello to the club. I have worked with Adie previously at Beverley Town and also Hull City Ladies in the early days and know what he is about and what he will bring to the club.”

“When someone of this calibre becomes available you snap him up immediately, he brings with him an abundance of knowledge and experience in managing and coaching, not only in this country, but more recently across in Sweden. We believe he can take us up the league starting on Sunday.”

“The girls have really enjoyed the first two training sessions with him and you can see in such a short space of time the impact he is going to have at this club, and how much the players and staff are going to learn from him.”

Adrian’s first match in charge is away at Loughborough Foxes on Sunday.