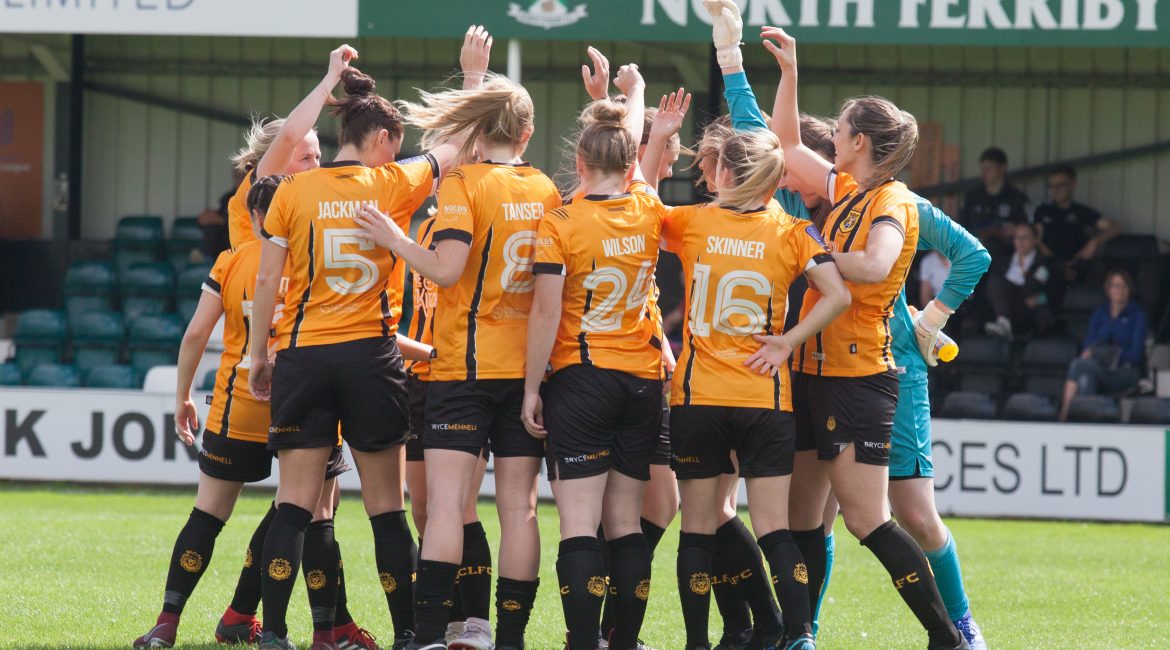 All the information you need to know ahead of the Tigresses’ tie against Yorkshire rivals Huddersfield, this Wednesday at 7.45 pm at the Dransfield Stadium.

After Hull City Ladies game against Sunderland was postponed due to Storm Ciara, The Tigresses’ take on Yorkshire rivals Huddersfield on Wednesday 19th February.

Hull City Ladies are aiming to pick up back-to-back wins after securing a 2:1 victory four weeks weeks ago against Fylde Ladies.

Hull City has won one game in their last six. After claiming a hard-fought 2:1 victory against West Bromwich Albion, they then suffered a five-game losing game streak. But last time out Hull City picked up a vital three points away to Fylde ladies to climb of the bottom FA Women’s National League North.

Alice Hughes opened the scoring in the 80th minute after Jo Symington’s well-taken corner. Minutes later the Tigresses doubled their advantage after a quick counter-attacking move, Emily Smith found Katie Thompson with a slick pass and Thompson made to mistake in punishing Fylde’s defence with a thumping finish. Fylde managed a consolation goal in added time, but Hull City held out their lead and now aim to inflict revenge against Huddersfield after Town beat HCLFC 6-2 in the previous meeting.

Huddersfield Town Women are the top scorers in the division this year with 64 goals. Lucy Sowerby will be a player to watch, she currently sits 3rd in the top-scoring charts with 18 goals in 16 appearances and HCLFC must be at their best in defence if they want to secure all three points.

The last meeting between the two clubs ended in a 6:2 defeat for Hull City Ladies which extended Town’s unbeaten run to three. Despite the Tigresses’ bright start to the match, they couldn’t capitalise on early chances and were punished when Lucy Sowerby opened the scoring on the 10th minute. Huddersfield Town women doubled their advantage four minutes later when Sowerby grabbed her second of the game with a superb half-volley. HCLFC continued to battle but on the stroke of half time found themselves 3-0 down from Kate Mallin’s strike.

Katie Thompson made an instant impact after coming on at half time, scoring the opening goal of the second half, cutting the deficit to two goals. However, Huddersfield extended their lead back to three goals shortly after, after an unmarked Charlotte Newsham powered a header in from a corner. Goals from Danby and Ellie White put more misery on the Tigresses’ defence. In the closing stages, Thompson grabbed her brace and Hull City Ladies will be aiming for some revenge when the two teams clash at the Dransfield Stadium.