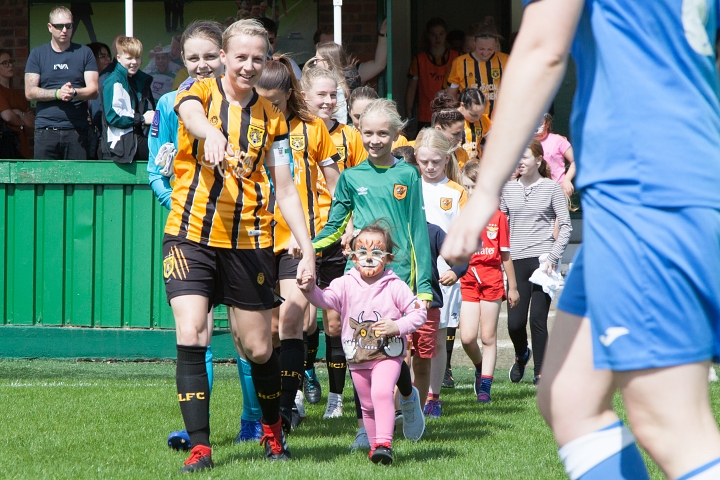 All the information you need to know ahead of the Tigresses’ tie against Sunderland Ladies this Sunday at 2 pm at the Dransfield Stadium.

After Hull City Ladies’ games against Sunderland A.F.C Ladies and Huddersfield Town Women were postponed due to Storm Ciara and Storm Dennis, The Tigresses’ take on Sunderland Ladies on Sunday 1st Match, which is Adi Costello’s first home game in charge.

The Tigresses haven’t played a fixture since late January but are aiming to pick up back-to-back wins after securing a 2:1 victory last time out against Fylde Ladies.

Sunderland Ladies currently sit in 1st place in the FA Women’s National League North. They are three points in front of second-place Derby County and have three games in hand. They have played 11, won 10 and drawn one.

City have won one game in their last six. But have not played a fixture since late January. After claiming a hard-fought 2:1 victory against West Bromwich Albion, they then suffered a five-game losing game streak. But last time out, HCLFC picked up a vital three points away to Fylde Ladies to climb off the bottom FA Women’s National League North.

Alice Hughes opened the scoring in the 80th minute after Jo Symington’s well-taken corner. Minutes later and the Tigresses doubled their advantage after a quick counter-attacking move, Emily Smith found Katie Thompson with a slick pass and Thompson made no mistake in punishing Fylde’s defence with a thumping finish. Fylde managed a consolation goal in added time, but the Tigresses held out their lead and now aim to inflict revenge against Sunderland after they beat HCLFC 9-1 in the previous meeting.

Sunderland has scored 59 goals in the division this year with 64 goals. Bridget Galloway has scored 17 goals in 20 appearances and will be a player to watch, she currently sits 5th in the top-scoring charts, 3 goals off 1st place. Having scored a hat-trick against The Tigresses earlier in the season, HCLFC must be aware of her attacking threat and be focused in defence if they want to secure all three points.

The last meeting between the two clubs ended in a 9:1 defeat for Hull City Ladies. A brace from Faye Mullen, Jessica Brown and a hattrick from Bridget Galloway and Kiera Ramshaw clinched Sunderland the three points. Tillie Oxley grabbed Hull City Ladies’ only goal of the game with a fantastic finish and The Tigresses will be hoping for an improved performance on Sunday.