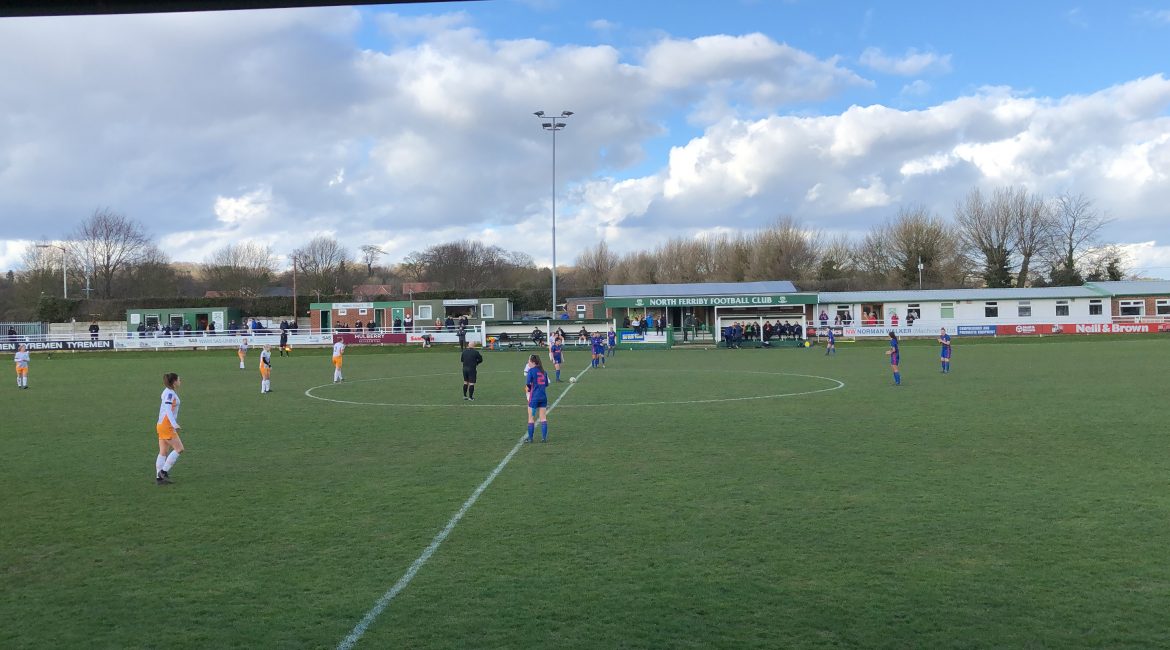 Hull City Ladies were defeated 4-0 by table toppers Sunderland at the Dransfield Stadium. The hosts put in a battling performance but were victims of some punishing attacking play.

Sunderland took the lead inside 16 minutes through Georgia Gibson’s header, with Keira Ramshaw doubling their lead on the half an hour mark. Charlotte Potts would then make it three on the stroke of half time. The visitors netted their fourth minutes from time when full back Neve Herron added her name to the score sheet.

After two storms had called off several fixtures, it meant the Tigresses had not played a competitive fixture since their away win at Fylde on January 26th.

Costello’s side began the action by nullifying Sunderland’s obvious attacking threat with a high press. An effective source of nullifying the opposition as it took the visitors till the 8th minute to enter Hull’s defensive third.

In the 16th minute, though, Sunderland managed to create a piece of magic to land the first blow.

Kiera Ramshaw found herself in acres of space down the left and under limited pressure, whipped in a delightful cross for Georgia Gibson who’s looping header sailed over Megan Cooke.

Costello will have been happy with his sides reaction to going a goal behind as the Tigresses created two opportunities. First it was Helen Lynskey who headed gratefully into the arms of Claudia Moan, then the Hull midfielder sent a volley from distance that was caught up high by the keeper.

After the Tigresses landed a few attempts at Sunderland’s goal, the visitors clicked into gear once more and doubled their lead in the next passage of play.

Neve Herron teed up Kiera Ramshaw who darted her effort with some venom into the bottom left corner.

Hull posed an attacking threat and prevented Sunderland from playing their usual, possession based style. But such as the luck you have when you’re at the bottom, everything the opposition hit seemed to turn to gold.

This was the case on the stroke of half time when Sunderland added a third to the frustration of the Tigresses.

A free kick deep into City’s half was whipped in dangerously by Grace McCatty where Charlotte Potts was on hand to convert past Cooke.

Katie Thompson looked to provide some added quality to Hull’s performance in the early seconds after half-time, but Sunderland’s defence stood firm.

Sunderland then threatened to make it four, however, Bridget Galloway squandered an opportunity on her weaker left when sent clean through on the Hull defence.

Harley Skinner looked to spark the game back into life on the 62nd minute, but, her thunderous strike from 25 yards was deflected away for a corner.

In a half that saw limited opportunities for both sides, the visitors added a fourth minutes from time.

Full back Neve Herron finished off a fine move with a composed left footed finish into the bottom right corner.

The Tigresses travel to West Brom in their next FA Women’s National league encounter hoping to build on this encouraging performance.