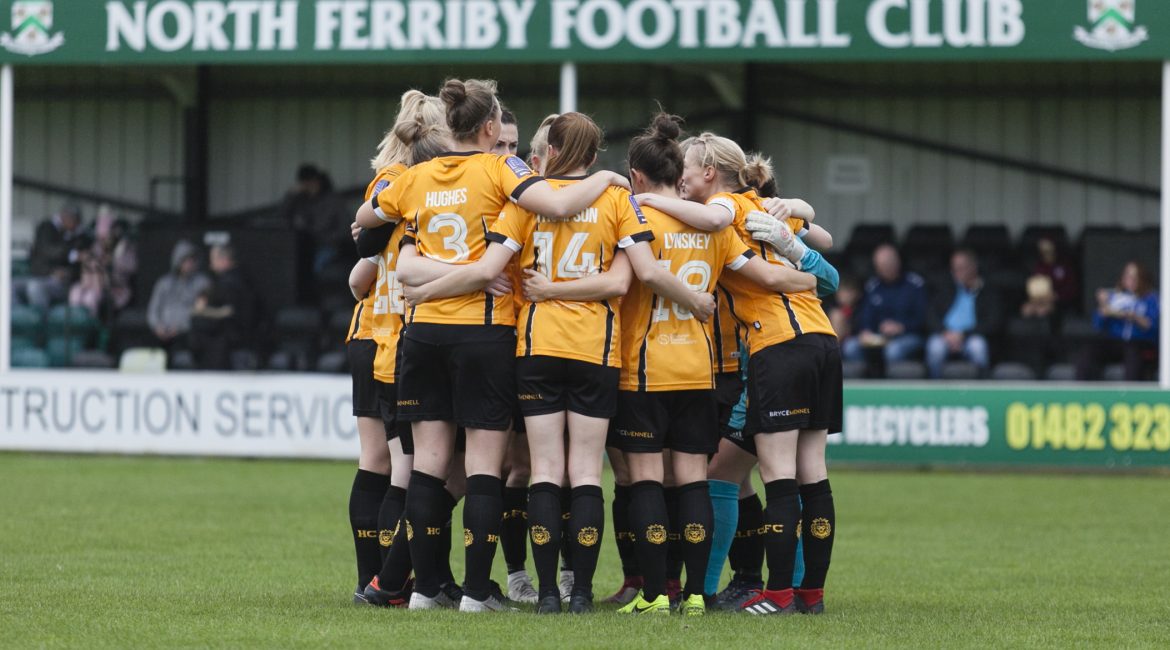 All football in England below National League level will end immediately, and all results will be “expunged”, the Football Association has announced.

This means Hull City Ladies FC current season is over and we will remain in The Women’s National League North.

The FA statement in full:

“The FA, FA Women’s Board members, and the Women’s Football Conference have consulted and reached a consensus regarding the women’s football pyramid.

The FA and the leagues within tiers three to seven have reached a consensus to bring the season to an immediate end and all results will be expunged. This will mean no promotion or relegation of clubs between tiers three to seven. An agreement has also been reached to end the Regional Talent Clubs season, which was due to conclude in April 2020.

We want to say thank you to all supporters, players, coaches, staff, key partners, sponsors and volunteers for their efforts, time and contribution to this season. The club has gone from strength to strength in all departments, something which we cannot do without everyone’s support.

We look forward to the 2020/21 season and to celebrate football, Women’s football and life. We are continuing to work hard behind the scenes. We also look forward to continuing the excellent work in the community and schools, when we are able to do so.

Our after-school clubs, half term camps, birthday parties, and futsal sessions have been well attended with enthusiasm and enjoyment. We have encouraged confidence, created more contact time and increased opportunities to play football and we will be back stronger than ever.

Managing Director Danny Johnson said: “Following on from the FA decision to expunge our results and cut short the season we appreciate and respect the FA and FA Women’s National League for the decisions they have made in these difficult times.

It’s not ideal but some things are bigger than football and people’s health are more important. I would personally like to thank all supporters, players, coaches, staff, key partners, sponsors and volunteers for their efforts, time and contribution to this season and I look forward to welcoming everyone back next season. Everyone connected at the club wants everyone to continue to be safe and to follow government guidelines on staying home, protecting the NHS and saving lives.”