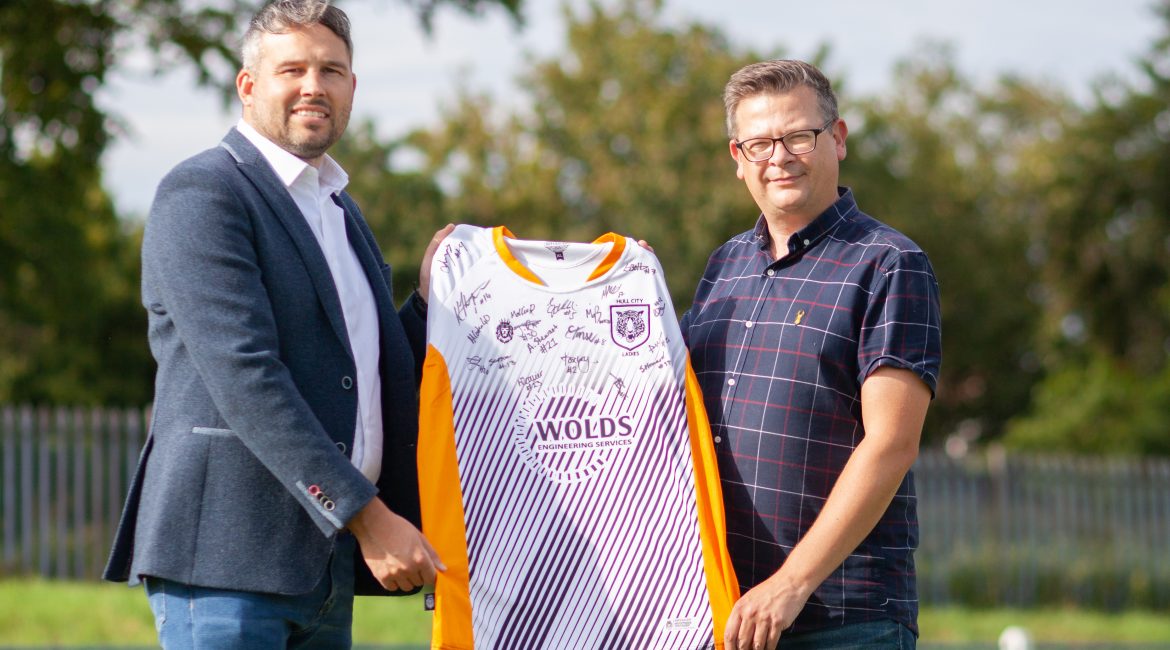 Haworth Park will host all Hull City Ladies FC home games in the 2020/21 season which sees the football club move back home to Hull, having played at The Dransfield Stadium in Ferriby.

Haworth Park is located off Beverley Road, Hull, HU6 7AB. The partnership will also see the Tigresses train at Haworth Park which will benefit the players and allow them to prepare for the upcoming season in Tier Three of the FA Women’s National League.

We are looking forward to welcoming fans back to match days when it is safe to do so. Given the current challenges we have all faced during this pandemic we are working hard with the FA  to plan for the restart to our season. The FA continues to work closely with the Department for Digital, Culture, Media & Sport (DCMS) and Sport England and we will be working closely with the FA as the weeks/months progress.

We hope to see a return of fans in the near future, the safety of all players, staff, supporters, officials and volunteers is of paramount importance to us. We look forward to welcoming everyone to Haworth Park. The club will be running initiatives for supporters and the people of Hull, such as season passes which will be available at a special rate. We will also be honouring our commitment of the fantastic work carried out by NHS staff. We will be announcing this in due course.

We welcome all to Haworth Park both old and new supporters and we hope Hull City Ladies moving back to Hull, will show people our commitment in understanding supporters values. As a club we pride ourselves on being inclusive and listening to the people and supporters in the communities in our region.

With no support from the men’s team, Hull City Ladies is a fully independent team and we rely on our supporters and key sponsors. Training and playing back in Hull, we hope people will visit Haworth Park to come and watch Hull’s highest performing team.

In 2021 we will be celebrating our 20th anniversary, with exciting plans to gain promotion to Tier Two Championship level which then will see the club taken to a whole new level.

Join us for the exciting journey ahead and help us to leave a legacy that the people of Hull can be proud of, it’s called the “Tigress Way”.

Hull City Ladies Managing Director Danny Johnson said: “We are delighted to announce that Hull City Ladies FC are returning to Hull. It is important for our club, the supporters and women and girls football as a whole, that we are playing in our home city. Last season playing from North Ferriby was superb and everyone associated with the club was very supportive and helpful. There were several factors that influenced our move to Haworth Park, we will leave Ferriby with gratitude and a long lasting friendship.

We are expecting to start our season in tier 3 of the FA Women’s National League in September with pre-season fixtures throughout August to be played behind closed doors.

Some may not know that Hull City Ladies FC are playing at the highest level of football across the region, including both the men’s and women’s game. We are only rivalled by Hull City men’s side who will now be playing tier 3 football also. We are not affiliated to the men’s club at this time, making us an independent club. This has proven at times to be challenging as we rely heavily on our supporters, and sponsors which we are very grateful for, without this support we would cease to operate. However recently during testing times being independent has proven to be a strength, we have seen many women’s teams who are attached to the men’s clubs have their support and funding removed sadly due to the hard impact that COVID 19 has had on football as a whole. We are thankful for the ongoing support that we have from our sponsors, key partners and fans.

We have an extremely close knit group of athletes, staff, volunteers, key partners and supporters who are all working hard to push the club forwards with the ambition of achieving Championship football in the near future to help grow the women and girls game. We will always welcome any new support and hope to grow further with new partnerships, sponsors and fans across the city.

I would challenge any football fan to come and give one of our match days at Haworth Park a try. We have listened to our supporters and worked hard to create an environment in which their needs and wishes have been met fully. Being part of the highest level of competitive football across the region, we have recruited a highly experienced and skilled new manager Adrian Costello. We offer a fantastic facility to watch football, we have bar facilities with great offers for all which are, most importantly, affordable. Above all we want to promote that we are a family friendly, inclusive club, we extend a very warm welcome to all and pride ourselves on being a team Hull can be proud of”

You can keep up to date with Hull City Ladies FC via social media and their website: hullcityladies.com

Hall Road Rangers Chairman Darren Sunley said: I am really pleased to join in a new partnership with HCL as it paves the way forward for a great future between the clubs. HRRFC are one of the oldest are respected clubs in Hull and with over 60 years behind us I believe this is a brilliant move for both parties.

During the recent months due to COVID-19 we have had the opportunity to give the facilities a fresh look and have extensively changed inside to ensure visiting fans have a great experience, our ethics are the same as HCL as we want to ensure that people can come and watch football at an affordable level and we will be working together to provide great offers for both clubs.

I would echo the words of Danny and say please do come down when we are able to accept fans, many people have not been to the ground and I believe we have one of the best facilities for grassroots football within Hull.

HRRFC welcomes everyone and looks forward to the coming months.

One Team, One Dream 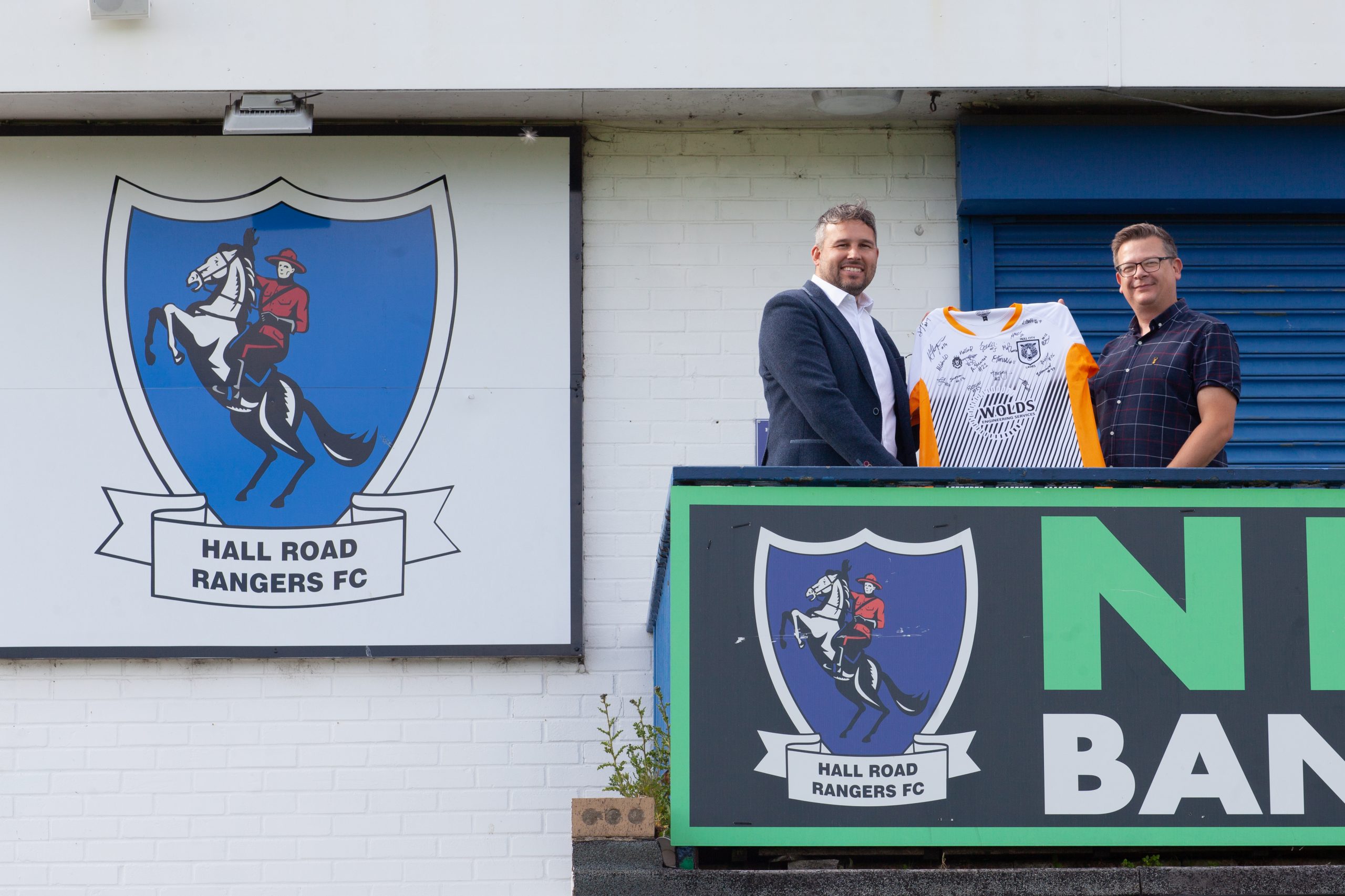