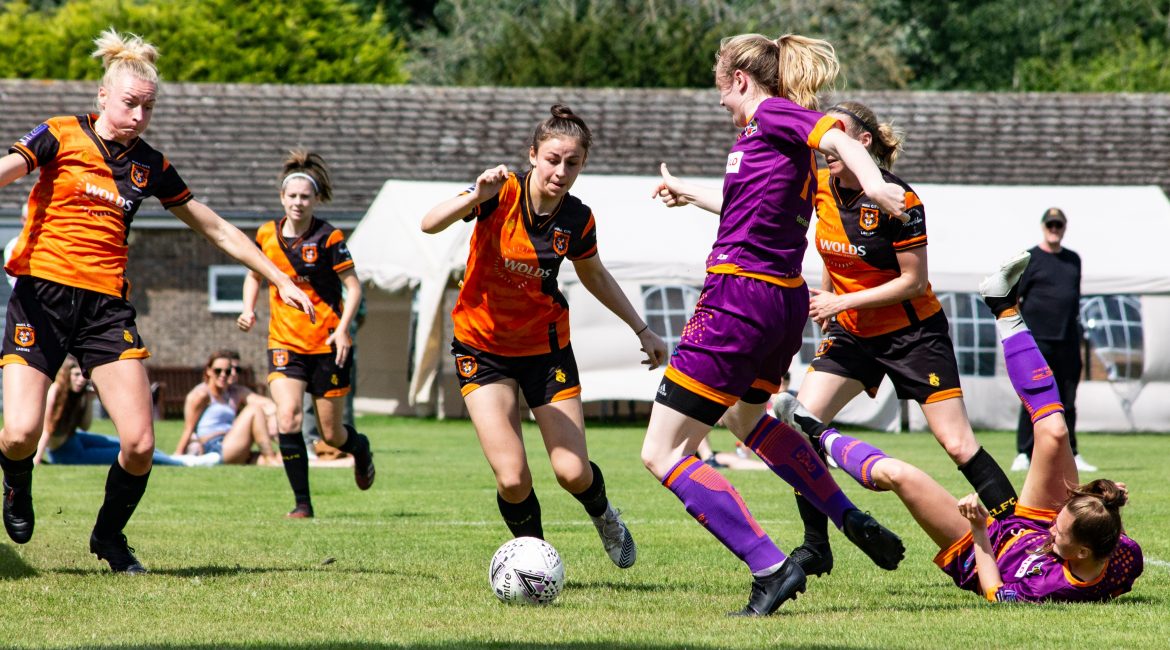 The Tigresses are hoping to secure the three vital points against the newly formed Lighting side who have partnered up with Loughborough Foxes.

Away supporters are allowed, so come and cheer Hull City Ladies as they look to get their season off to a flyer.

Hull City Ladies were beaten in the first game of pre-season against Chorley. Chorley recorded a 5-1 victory against Hull City Ladies, with the Tigresses fielding 8 16 year olds! Despite the defeat, the Tigresses got a great 1st run out since 105 days ago, at North Cave.

The next fixture was Bradford at home, the Tigresses scored two goals in the second half thanks from Anna Bowman & Jen Randall but Bradford came away with a 2-4 win. It was a great effort from a young Tigresses side who all held their own against Bradford.

The Tigresses earned a 5-2 victory over Lincoln City Reservesin the next pre-season fixture as first half goals from Liberty Bott & braces from Rachael Ackroyd & Emily Smith was enough to secure the win!

The last outing between the two sides was Sunday 12th January 2020 as Loughborough clinched a 3-2 victory. Helen Lynksey and Katie Thompson scored the Tigresses goal but goals from Tiana Hicks and a brace from Rebecca Knight secured three points for the Foxes.

This season the Tigresses made 10 new signings bringing in an array of young talent to bolster the squad. Caroline Killkenny, Hannah Langford, Libby Gray, Olivia Sellars, Jamey Brewster, Emily Driscoll, Anna Bowman, Abigial Hastie, Ruby Dawson, Amy Marras, Lois Damms and Olivia Dale all signed this year for the Tigresses. They have retained a host of experienced key players in Emily Smith, Liberty Bott, Ellice Jackman, Katie Thompson and Ellie Tanser who has been promoted to captain after the departure of long standing captain Jo Symington.

Liberty Bott and Emily Smith will be the ones to watch Sunday as they hope to continue on their good form in pre-season.