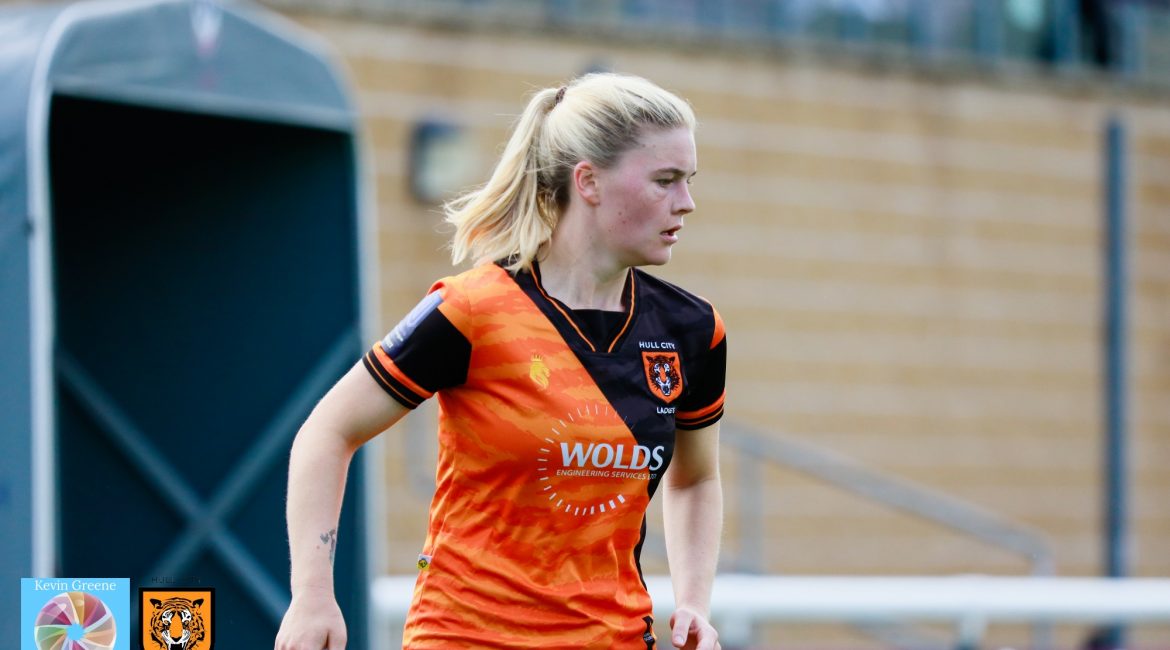 Rachael Ackroyd has started back-to-back games for the Tigresses so far this season. After a hard fought point against Loughborough Lighting, Hull City Ladies were defeated by Brighouse 5-1. The defeat saw the Tigresses with six first teamers out and four players made their league club debuts. 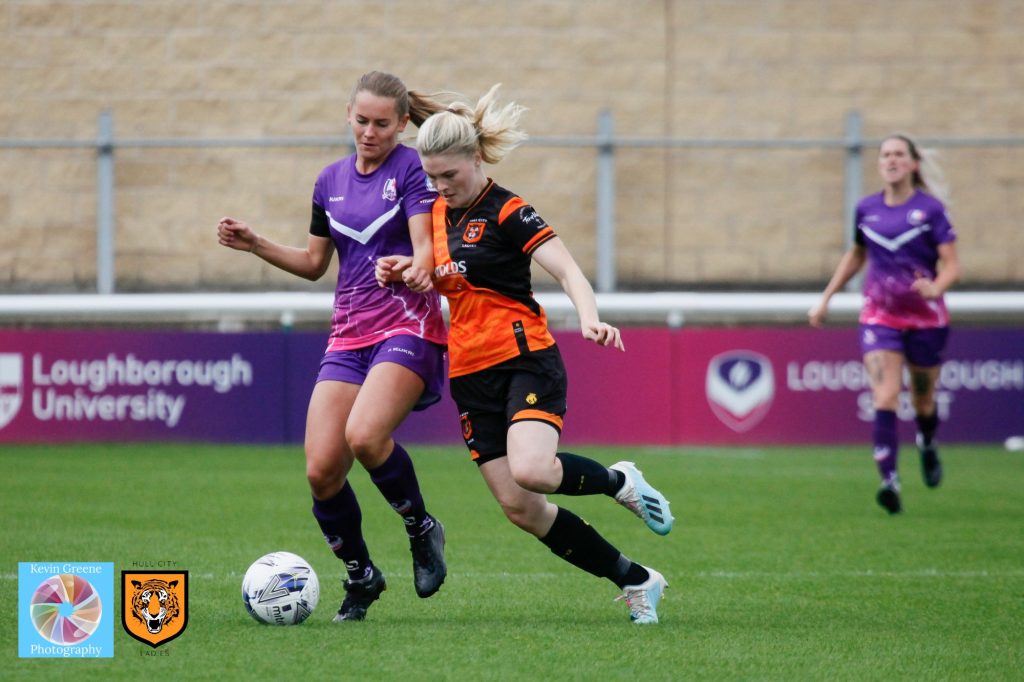 All the hard work started back in June in pre-season. “I feel like it’s gone well. The teams been able to train together and learn how each other play”, Rachael said about pre-season.

The striker is looking forward to the rest of the season after last year’s league was curtailed because of COVID.

“I’m really excited, probably more than normal because of how long the break has been. I’ve had to work a lot more than normal through pre pre-season so I’ve done a lot of work in the gym to make sure I’m ready.”

Rachael added: “I think it’s great (the new signings), there’s a lot of young new talent coming in and they are fitting in well with the team and don’t show any signs of nerves about making the step up.”

Belief and attitude is key this season for herself and Hull City Ladies according to the striker.

“For me this season it’s about doing everything I can to help the team get results. If I score a good amount of goals that will be great and how I can help the team even more. I think for us the team can achieve a lot we just have to believe and work hard for it.” 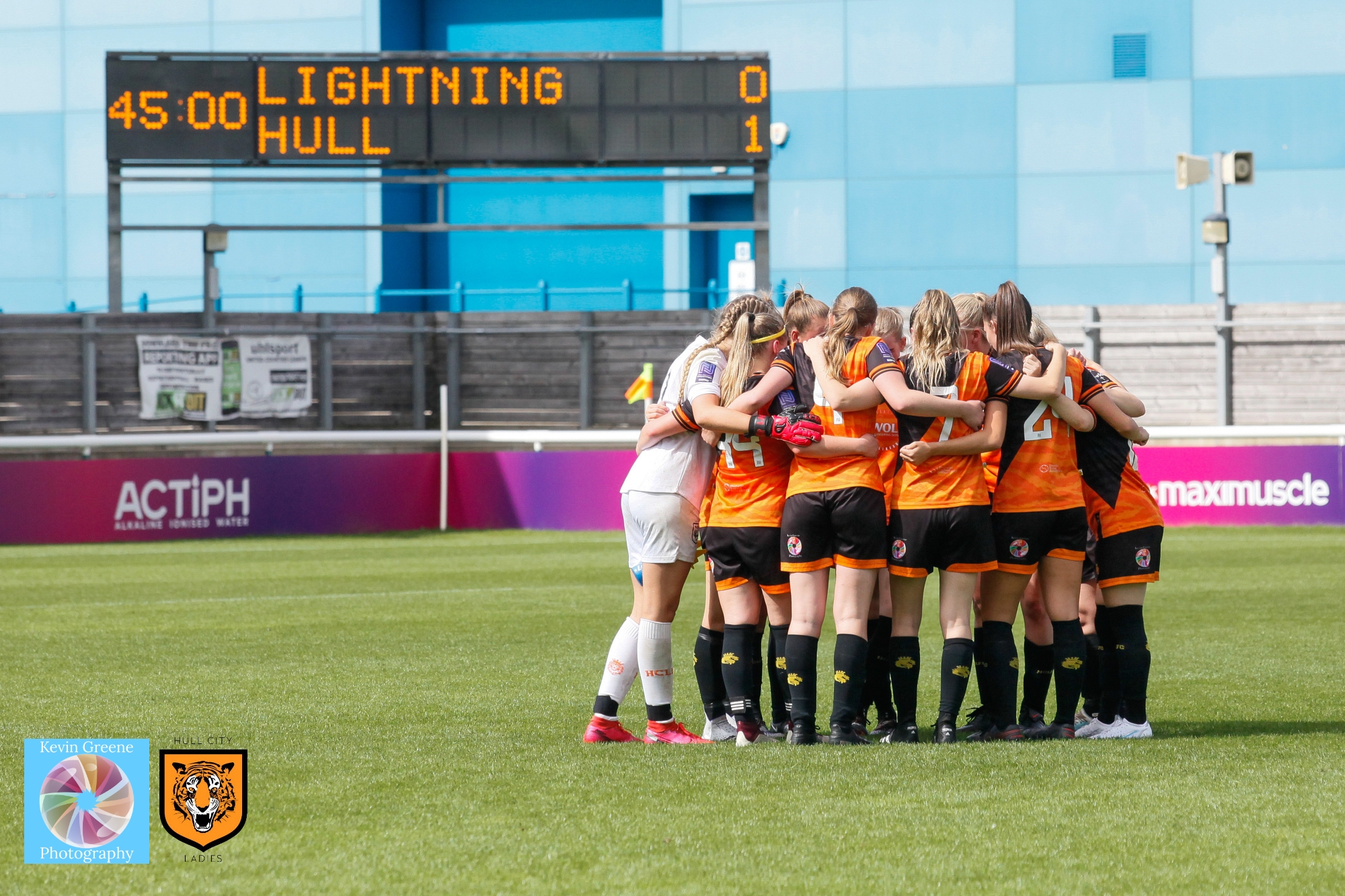 Last season, Hull City Ladies beat Sunderland Ladies in a fantastic performance and secured two hard fought draws against Middlesbrough and Nottingham Forest. The Tigresses also suffered four defeats. But in defeat, there is lessons to be learned as the players gained experiences and lessons in each match throughout the short season.

“We’ve learnt that we are there for each other. We didn’t see each other for months and when we came back it was back to normal which was great because it showed we have a right bond as a team which is key.

I want to improve our results this season. Last season it felt sometimes like we lacked the belief and it showed. If we believe in ourselves we can and will get the results we want,” said Rachael.

After games were played behind closed doors this year, we look forward to welcoming all supporters to Haworth Park. The players certainly know the difference playing in front of supporters at Haworth Park, according to Rachael.

“Yeah I do notice a difference,  you can say you don’t let it affect you but I truely think when fans are there it’s better. When you have people on the sidelines cheering your team on it really helps to give you a extra push,” said Rachael.

As one of the more experienced players in the team, Rachael hopes to help the younger players develop and improve.

“I hope I can teach them how to have some more patience. When I first came into this league I sometimes thought it you weren’t attacking you weren’t playing right. But in this league the level and pace is so fast you have to play smart and know when to attack and when to keep the ball and make the other team work.

“I do hope I teach them how to hold their own too. You have to make sure the other players know that you can’t be intimidated and hopefully we can help the you get ones own their position and their opponent.”

The forward has said she doesn’t really have any match day superstition but likes to be prepared.

“Not really I just tend to do the same sort of thing in the morning. I try to have a decent breakfast and a cuppa.  I do tend to check I have everything in my bag about 5 times and then again in the car but not sure that’s a superstition.”

After the departure of long serving players Jo Symington and Emma Westmorland. Rachael is in the top 10 of longest serving players. She believes the squad has got younger but the togetherness has still remained and has strengthened in recent times.

“It’s got younger which just makes me feel old haha. I think as a team we’ve encouraged more of the younger players to come to Hull instead of other teams. I also feel as a team we’ve really come together and built a strong unit,” said Rachael.

The Executive Club is a package which Hull City offer at the KCOM Stadium. They offer West Stand Executive seat for every home fixture, access to the first cup game match drawn at home, executive car park pass (1 per 4 memberships), exclusive access to the Carter Suite with complimentary pie offering, access to ex player interviews, match programme and a team sheet.

To visit the Executive club’s website and find out more about their services visit https://www.hullcitytigers.com/commercial-hospitality/hospitality/executive-club/ 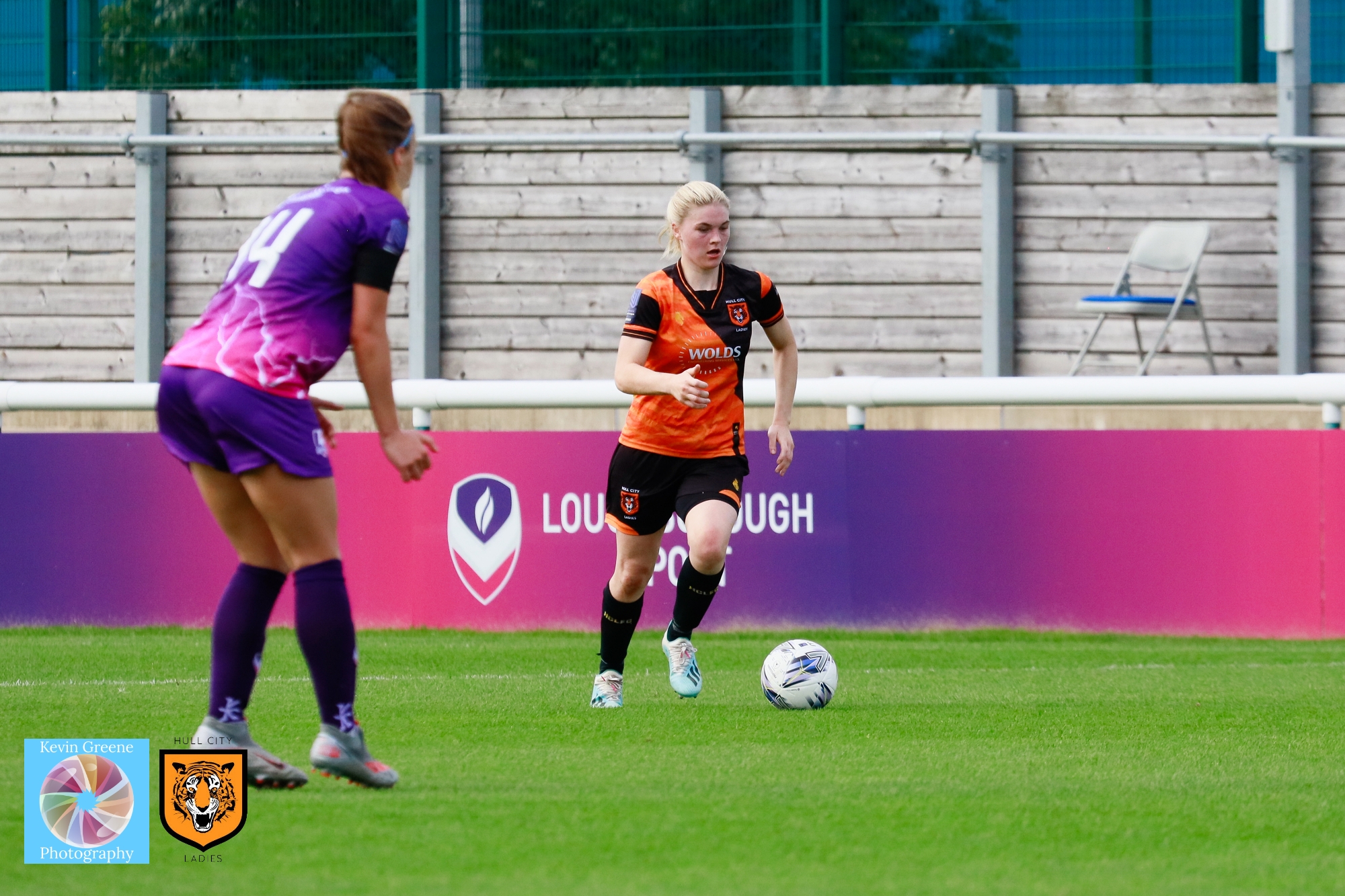