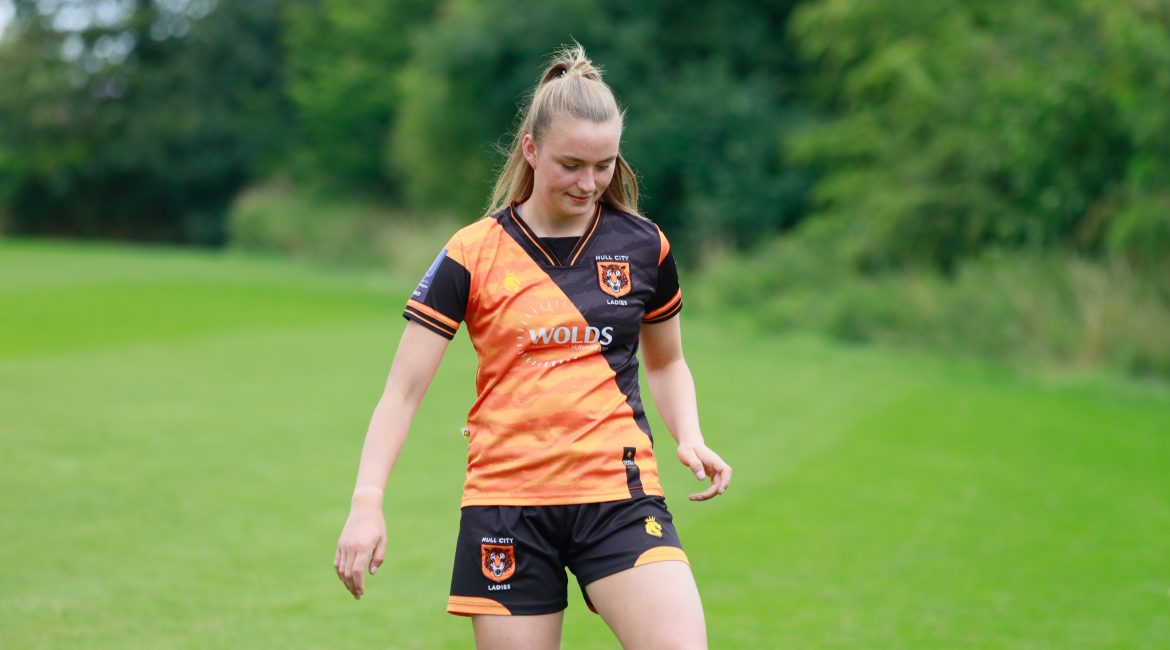 Having been injured throughout pre-season, Eden played 80 minutes in the opening game of the season. Before unfortunately went off injured in the defeat to Brighouse. But the defender then played 90 minutes last week against Nottingham Forest.

Eden said: “I was unfortunately I was injured during pre-season, it was hard for me as I just wanted to be playing. I had to do rehab on my ankle so when I was at the ground it was nice to talk to the girls and see how they were all getting on.” 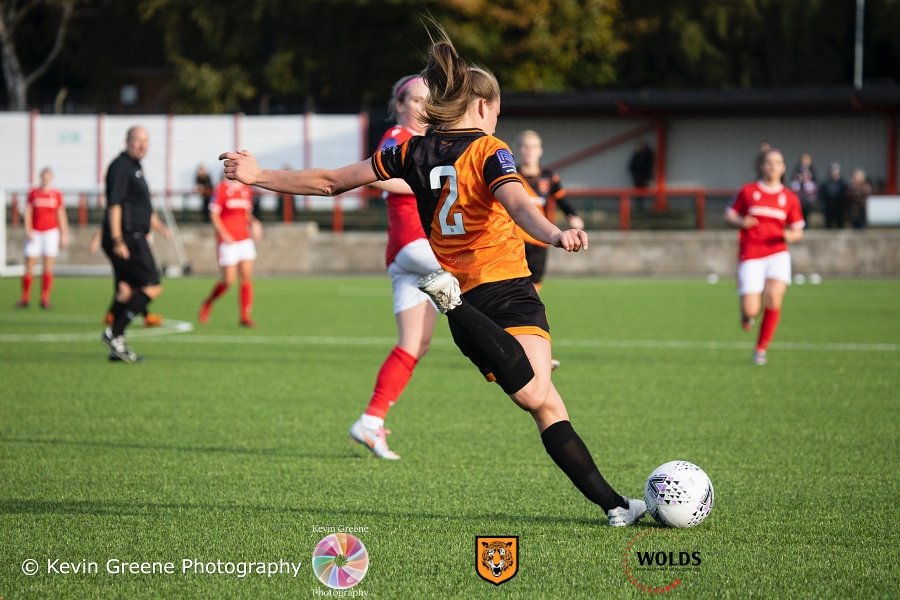 Despite the injuries Eden is looking forward to the rest of the season.

“I am looking forward to the season very much, it’s been very hard to prepare fitness wise as I had to build up strength in my ankle before I could do any kind of running but I feel like now I’m ready to give 100%,” Eden said.

With 12 new signings this season, Eden has been impressed with the talent and the defender has one key piece of advice for her teammates.

“We’ve had lots of new signings this season, lots of young players coming in from the RTC and it takes time for players to adjust to open age football but I think they will learn quickly and fit in perfectly with the squad.

“I’ve said this a lot but hard work is key for me! If you don’t work hard then there is no point in putting your football boots on, hard work and dedication is a massive part of football so this will be needed for us to get results. said Eden.

Unfortunately the Manchester United game was cancelled as Hull City Ladies were expecting a big crowd at Haworth Park. We look forward to welcoming everyone down this season as we play important clashes in the FA Women’s National League.

“Personally I love the fans being there, I get a lot more nervous when they are but I think the girls want to put on a better performance for them,” Eden said.

Eden has been at the club for several seasons now, and believes the squad has in recent times. The defender also is looking forward to everyone being available as key players Katie Thompson and Ellice Jackman are currently sidelined.

“I just think the morale at this team is good and everyone wants to work for each other. We win together and lose together! 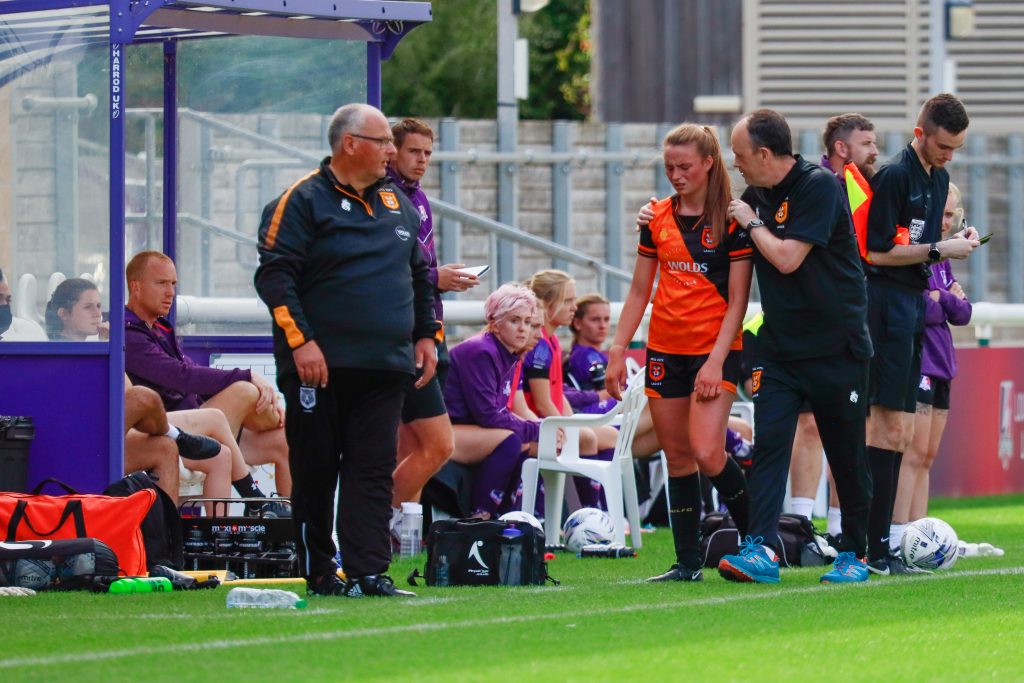 Last season was tough at times according to the defender but belief is key this season.

“Yes it was a hard season however I think strength has been brought into the squad, I also believe it will still be hard this season however hard work and dedication is a massive part of football so this will be needed for us to get results.”

For me I feel I have to work with the defence to keep good shape and for us all to keep as many clean sheets as possible. I think hard work and 100% effort from everyone will get us the results we need as this is a hard league to play in! There are also a few other players injured at the minute who I believe are key players and I can’t wait for them to be back fit and playing again,” said Eden.

On whether Eden has any superstitions before a game. Eden replied. “Dippy eggs and soldiers in the morning and always put your left boot on before your right.”

Clover Construction are a building and construction service based in Grimsby.