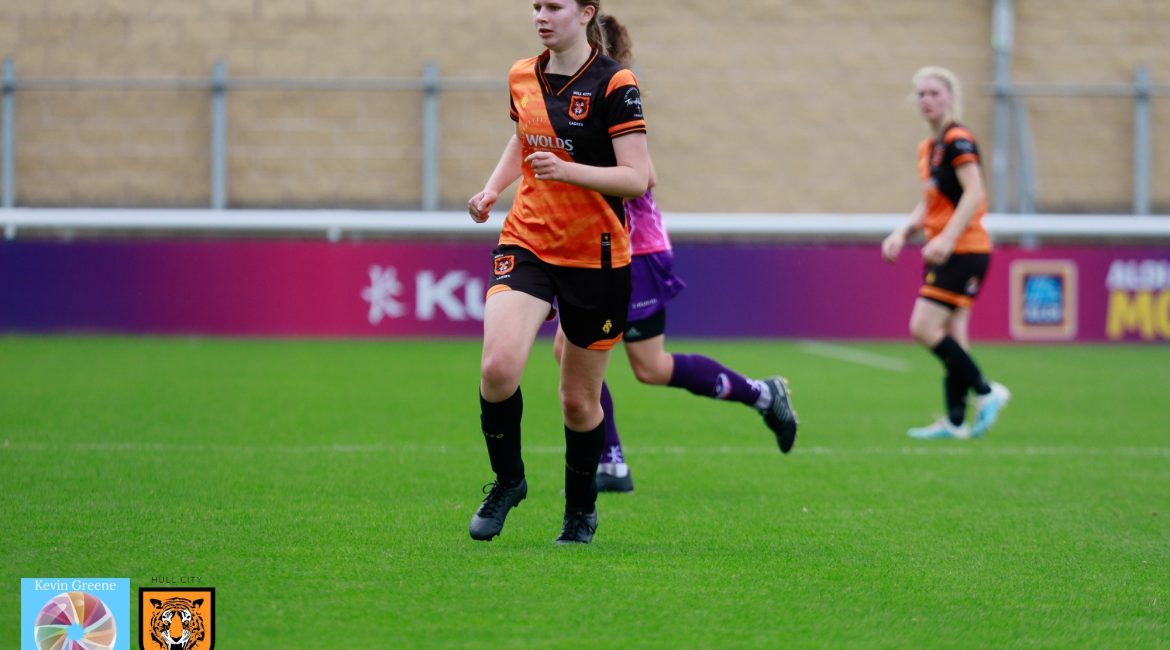 After making her debut for the Hull City Ladies in the opening game of the season, Hannah Langford is looking forward to rest of the season.

The defender played the majority of the game against Loughborough with a broken/dislocated finger Sunday, but didn’t really notice the pain.

“It was looking a bit wonky but I didn’t really notice, I was more focused on carrying on playing and helping the team get a result. It’s healing now and I’m looking to move forward from it,” Hannah said.

Hannah was delighted to make her senior debut against Loughborough and despite the Tigresses conceding a last minute equaliser, it was a hard fought point. 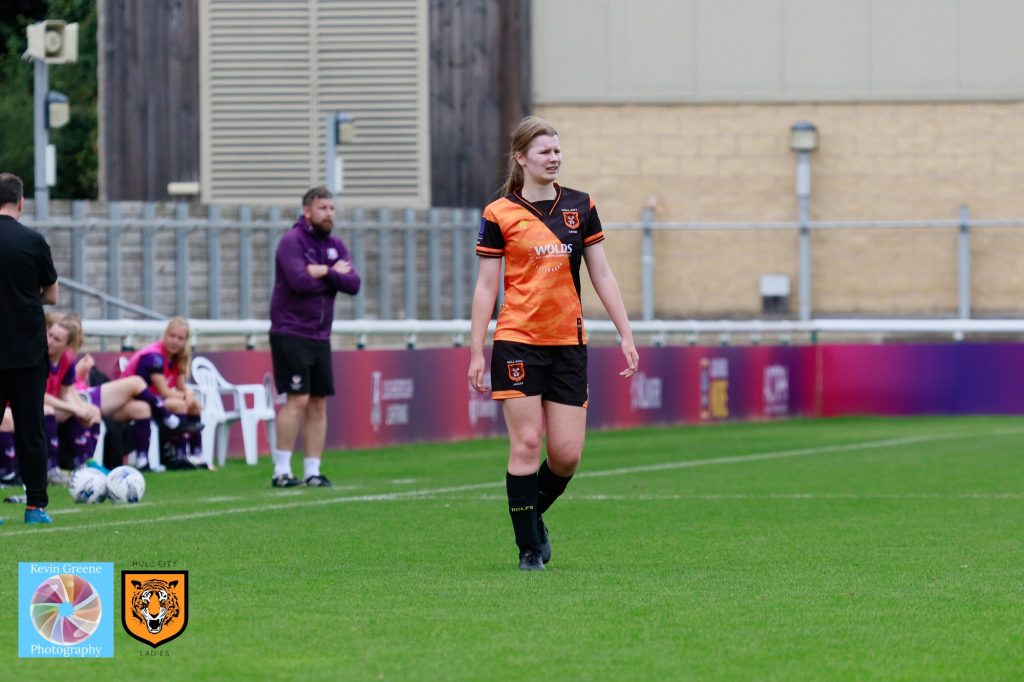 Hannah said: “It was one of the best feelings making my debut, the pitch was incredible and it was an amazing team performance to get a hard earned point.”

Hannah who signed for the club from York RTC was pleased to be finally playing football and could tell a difference in RTC level and playing in the FA Women’s National League.

I think pre-season went well. It’s been great to just be consistently out on the pitch which I’ve really enjoyed, especially after two very disrupted seasons.

I’ve definitely noticed a big step up from RTC football to women’s football. Everything is at a faster pace and I can feel myself being stretched every session.

The adjustment to women’s football has been good for Hannah, with the first team helping her settle in.

“They’ve helped a lot. They’re great people and players and I feel very lucky to be sharing the changing room with them. I’ve got a lot to learn from them and I know they’ll make me a better player,” said Hannah. 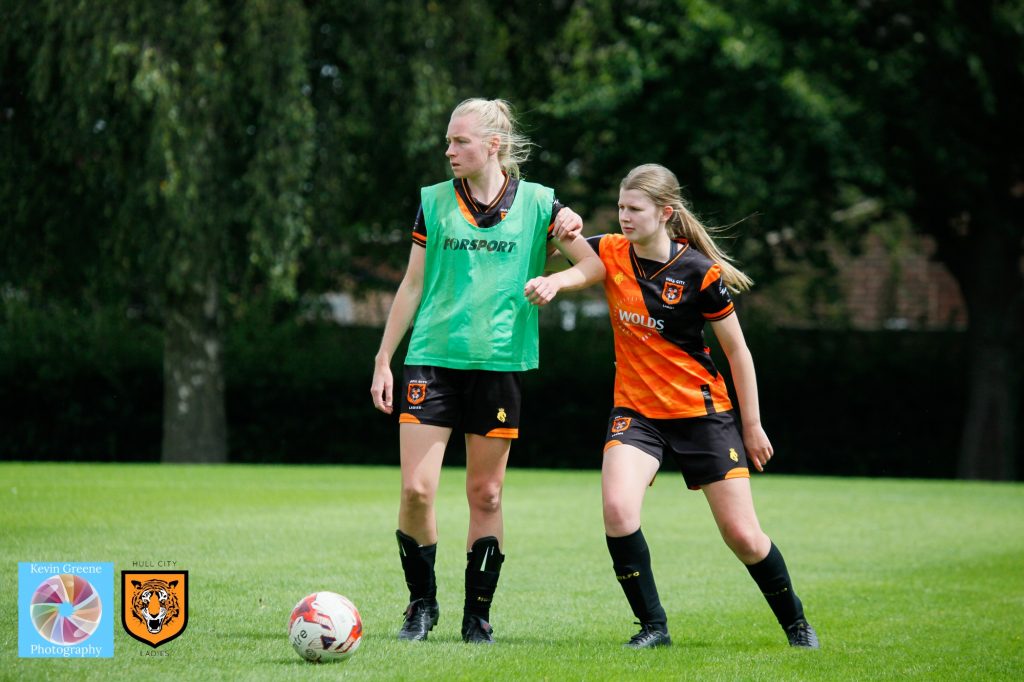 “I think we’ve got a very talented team so with hard work hopefully we can take that and get some results! Playing in tier 3 of women’s football is incredible and I can’t wait to see what we can do.”

Hannah wants to keep learning each week and to push herself this season.

“ I want to play as many minutes of football as possible and push myself to improve. We’ve got it within the squad to win games and have a good season,” Hannah said.

Hannah is still available to sponsor 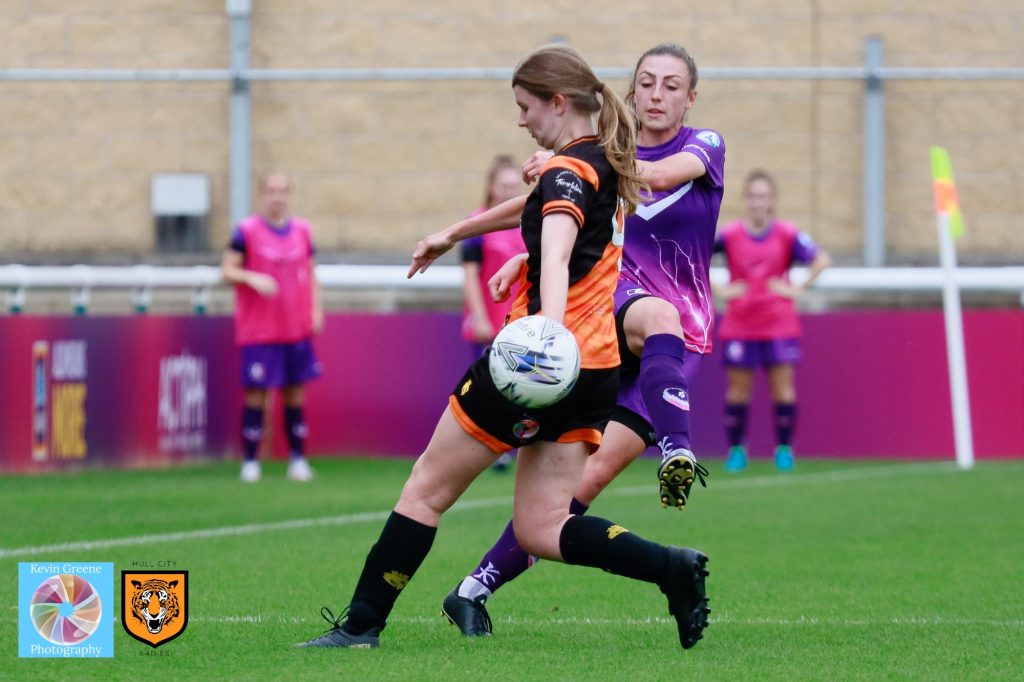