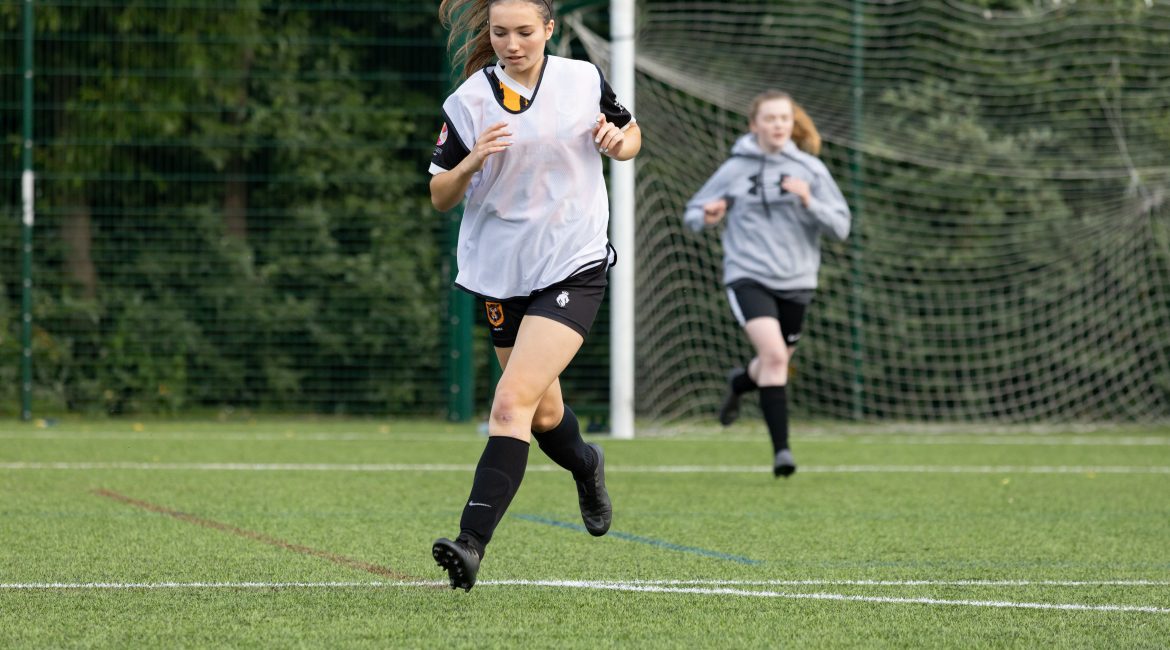 In June, Olivia Dale became the first Girls Elite Academy graduate, having signed for Hull City Ladies and receiving a squad number for the upcoming season.

The Girls Elite Academy started in April and has seen 95 girls be apart of the academy set up. From Under 10’s, Under 12’s, Under 14’s and Under 16’s, the talent has been fantastic and everyone’s hard work is coming into fruition.

Olivia, who was handed a squad number, was delighted at becoming the first graduate of the academy.

Olivia said: “I am honoured to be the first Girls Elite Academy graduate. I was over the moon joining the academy, and now moving from the academy to the squad is an unbelievable experience. Getting my own squad number was a surreal moment and I’m so proud to have joined this team.” 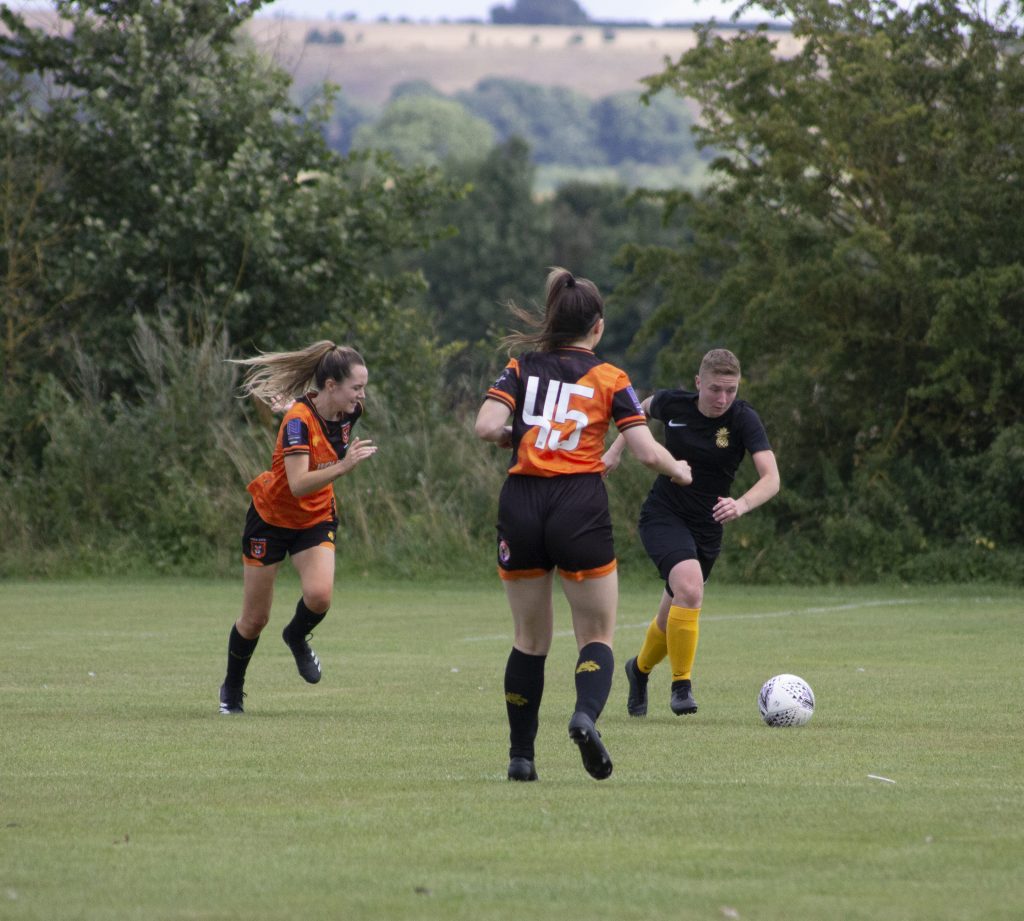 Olivia played in three pre-season games for the Tigresses, with Hull City Ladies fielding out plenty of 16-year olds. Nine 16 year olds featured in the pre-season games, as first team manager Adi Costello, expresses that age is only just a number in football.

“It doesn’t matter how old you are as long as you are good enough, we have alot of young girls here that are going to step up at this level and play this season and we have some quality young players this season,” Costello said.

At first it was a daunting experience for Olivia playing in the friendlies and training for Hull City Ladies, but something in which the players have helped with.

“The idea of moving to open age football with a senior squad was daunting, but the women have been as welcoming as possible and have helped me a lot with taking this leap. They’ve all given me some really helpful tips on how to improve my performance, and I’m beyond happy to be part of this team,” Olivia said.

Olivia who has been training four times a week, twice with the academy and twice with Hull City Ladies has enjoyed the step up from grassroots football to Women’s football. “This is definitely a challenging schedule, but I love it and I’m enjoying pushing myself and my skills to the next level. 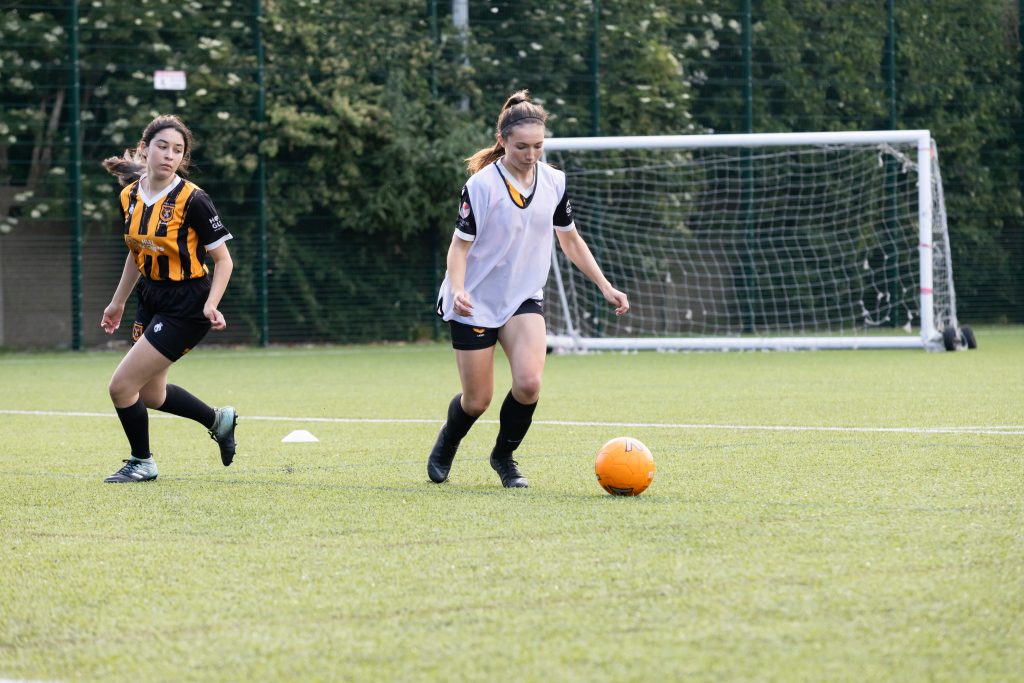 Olivia said: “At first it was scary entering into the first team action. Only eight weeks before I started playing with Hull City Ladies, I was playing for my local, grass roots team, Tickton Harriers, so it was a big step up for me. Even though I knew it would be a higher level of football, I was still shocked the first time I played with the team.

I had never played such a fast and physically demanding game before. It was an eyeopener. Being around the first team so often not only gives me inspiration to work harder, but it also makes me feel proud of myself for having got to this stage where I can train and play with such talented, hardworking footballers.”

Adi Costello has high praises for the 16-year old and praised her grassroots team Tickton as well as the academy.

“There’s a young girl who has come through the academy system. Eight weeks of academy training, she’s had some good coaching from her grassroots team.

Let’s not put all the emphasis on how great we’ve been, we’ve only had her for eight weeks, her grassroots team and the academy and that young girl has come on and signed and you can see she’s not out of place. She’s playing amongst 16-21 year olds and the senior players. The future is with the kids in the academy.

Managing Director, Danny Johnson has been proud and delighted of everyone’s hard work in the Academy this year.

“Our Girls Elite Academy has gone fantastic this year, the standard of talent is very high and that’s down to everyone’s hard work and determination. It was good to see in pre-season the phenomenal young talent we have, with eight 16 year olds featuring in the friendlies and Olivia Dale, who has progressed from the Under 16’s, is a testament to all the good work the Academy is doing.” 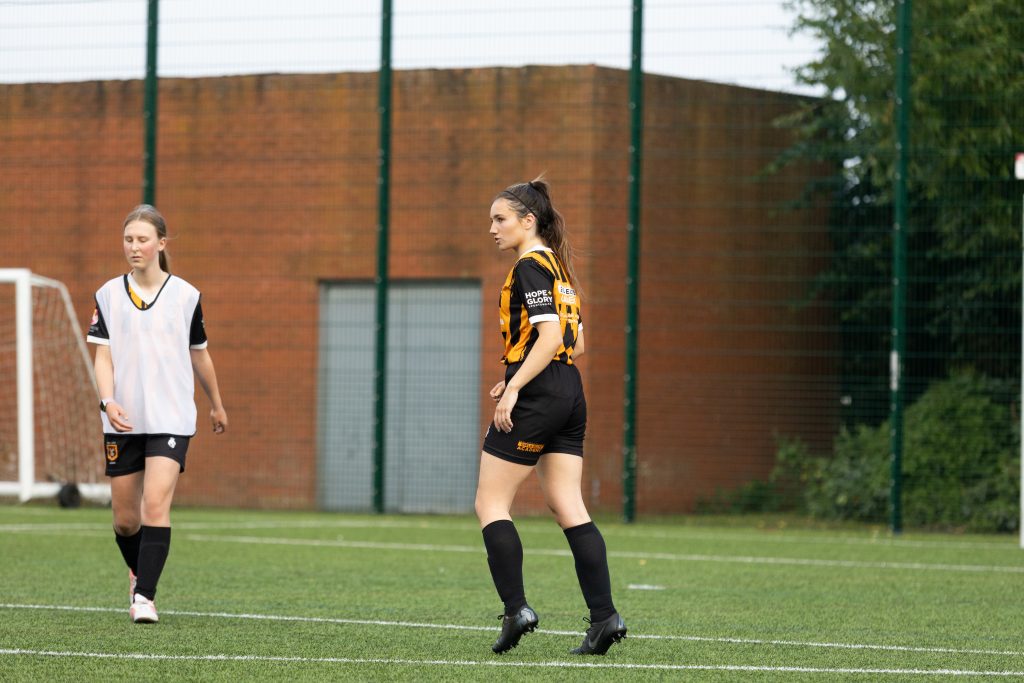 According to Olivia, the academy and training with the senior squad has helped her development.

“Working with both the academy and the squad has helped me to improve my game, as well my overall fitness, to an enormous extent. Since joining the academy, my ability to read a game and make decisions quickly has developed and I’m a more confident player than I was before. I’ve also advanced my speed and stamina on the pitch and become a much a better team player. There’s no doubt I’m a quicker, fitter, more decisive player than I was before coming to the academy.”

Having become the first graduate, Olivia’s feet are firmly on the ground and is determined to keep learning each week.

“Personally, my goal for this season is to play one (or hopefully more) first team games and score my first goal (of hopefully many more) for Hull City Ladies. Having trained with the team and seen them in action, I think we can achieve great things,” Olivia said.

Playing at this level is just unreal. Going to training with all these amazing players at only sixteen is something I never thought I would be able to do, but the academy really built my confidence and I’m very happy to be where I am now. I’m so grateful to Hull City for giving me this opportunity because it is the most amazing experience, and I’m excited to progress with the club and become an even better player.

East Yorkshire Carpets, Beds & Wood Floors based in Hull & Beverley have been successfully trading for over 30 years. As a leading retailer in Hull & East Yorkshire they pride ourselves on offering quality products at very competitive prices to suit every budget.

At East Yorkshire Carpets, Beds & Wood Floors they can cater for your every flooring need and offer specialist fitting services for every type of flooring they sell at very competitive rates. No job is too small as they offer high quality carpets and flooring materials at competitive prices!