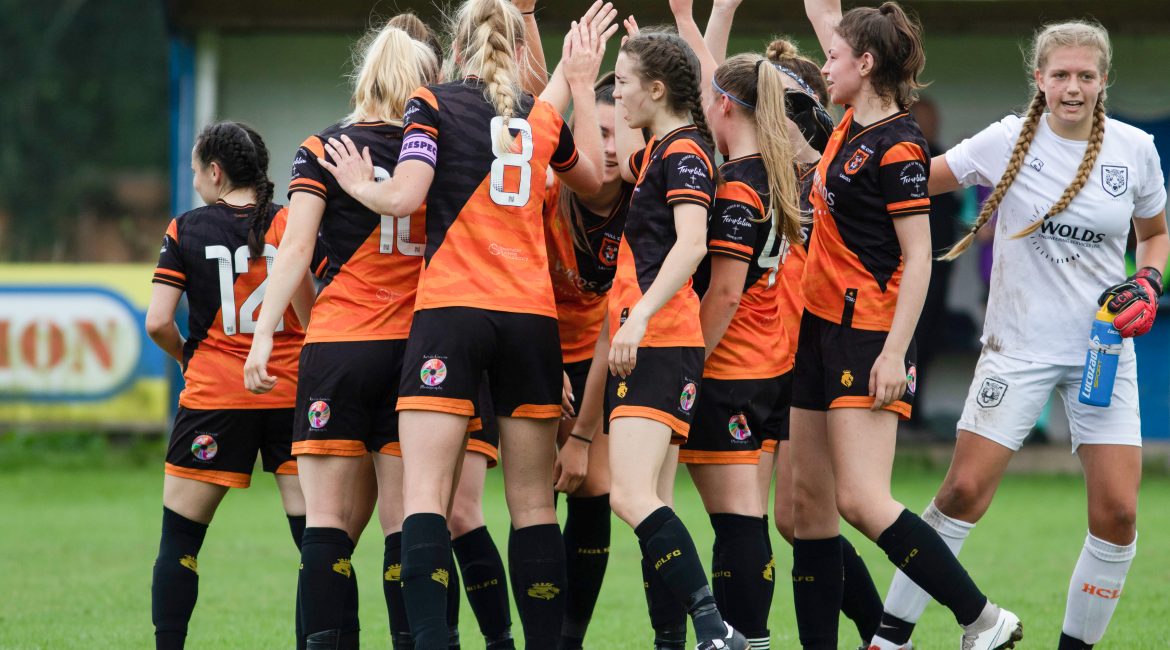 After Hull City Ladies defeat last week the Tigresses aim to get back to winning ways against Nottingham Forest WFC.

After clinching a hard fought opening point against Loughborough Lighting, the Tigresses were beaten 5-1 against Brighouse at home. As the Manchester United friendly was cancelled, HCL now turn their attention to Nottingham in the all important league clash at Haworth  Park.

Hull City Ladies earned a good point away against Loughborough Lighting in the opening game of the season.

1st team manager Adi Costello said: “Those that know me are aware that I don’t make age a barrier. If you are good enough regardless of age you play.”

It was 236 days since the Tigresses last played at Haworth Park, and after picking up a hard fought draw against Loughborough Lighting last week, Hull City Ladies suffered a 1:5 defeat against Brighouse Town.

With six first teamers out and four making their league debut the Tigresses were beaten comprehensively but never gave up throughout the 90 minutes.

First team manager Adi Costello said: “It was difficult today, it didn’t help before the game started, the team against Loughborough, we had two players out with broken bones, one out with COVID, two away on holiday then just before kick off our only other regular centre half injures her back in warm up.

Six players out from last week, it became difficult, the back four didn’t play last week apart from young Tillie, it’s always going to be hard when you have so many players away with injury or holiday, but it’s one of those things.” 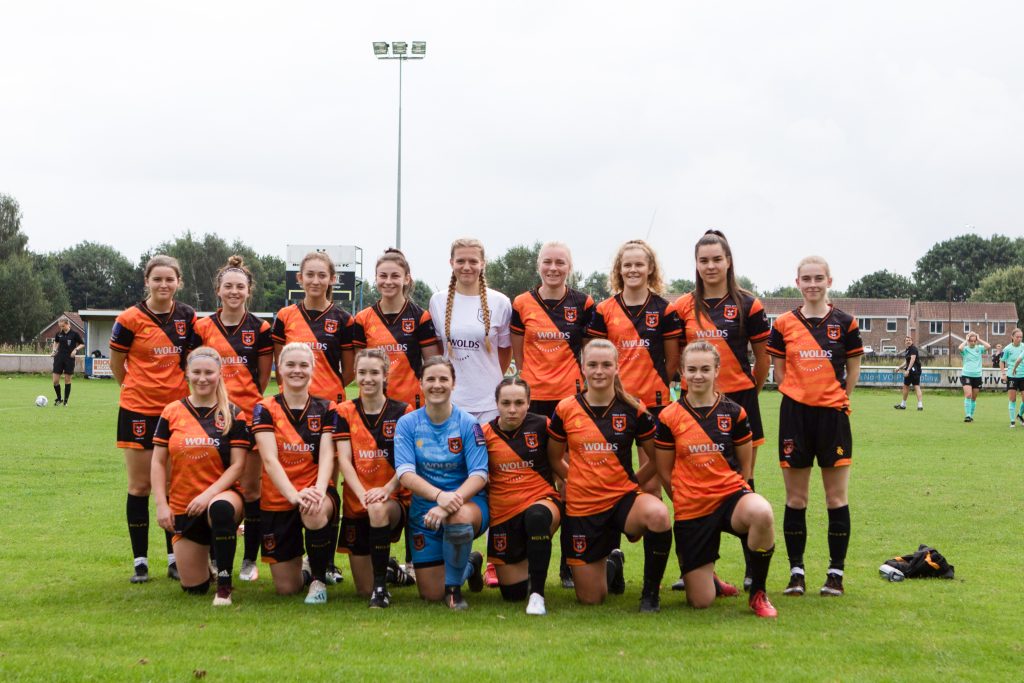 Forest were the more dominant side and saw a late Freya Thomas penalty saved by the Huddersfield goalkeeper as both teams shared a point each on the first day of the season.

Mai Moncaster came off the bench to win the penalty, as she was pulled down in the area with less than three minutes left on the clock. Thomas stepped up confidently, having been Forest’s most threatening player all afternoon, but unfortunately could not beat the ‘keeper from 12 yards.

All seven of the new summer signings featured, with six players making full debuts as Andy Cook named his first eleven of the season.

In the second game of the season Nottingham Forest Women came from a goal down to win 4-1 and spoil Burnley Women’s first game at the Wham Stadium.

A first half comeback inspired by Freya Thomas and Jade Arber was rounded off by two goals in the closing minutes from substitutes Mai Moncaster and Rosie Axten.

On Thursday, Forest clinched a 3:1 victory over Sheffield, to claim three vital points.

Hull City Ladies earned a hard fought 2-2 draw against Nottingham Forest Women, last time out, despite conceding twice in stoppage time, under the circumstances it was still a fantastic and spirited Tigress performance.

It was a thrilling match at Eastwood Football Club, goals from Emily Smith and Rebecca Beech put the Tigresses two goals up, but goals from Annabel McKechnie and Rosie Axxten clinched a draw for Forest.

With nine minutes of injury time and the Tigresses down to 10 after Suey Smith limped off, Forest goals came on the 92nd and 95th minute.

“We were absolutely class today, the best we’ve played, better then we played against Middlesbrough and Sunderland, that was a very good performance,” said Adi Costello. 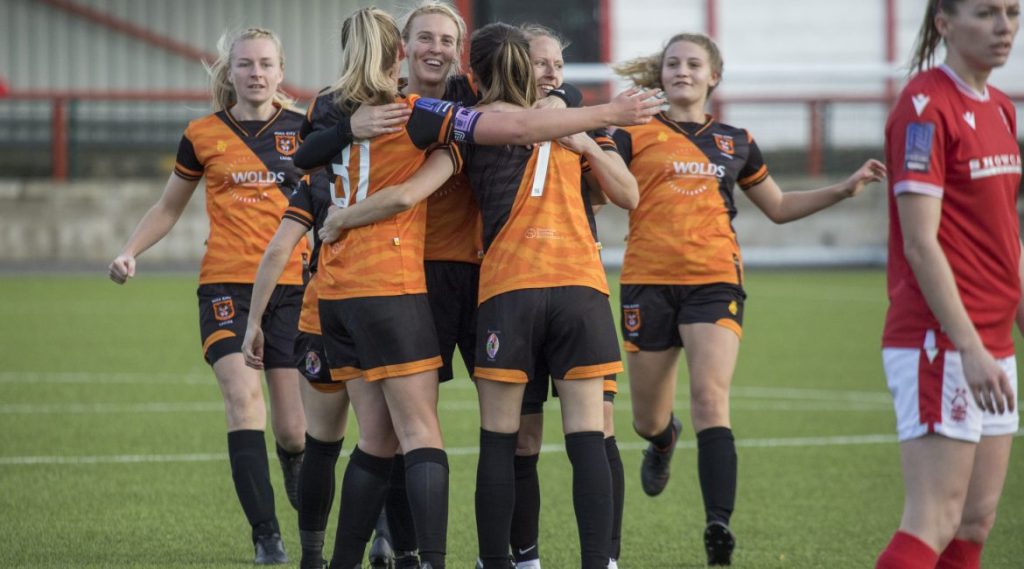 Ones to watch at the Loughborough game was Liberty Bott and Emily Smith, as it turned out they both scored for the Tigresses.

The ones to watch this Sunday are Rachael Ackroyd and Jamey Brewster. It was a battling effort from Rachael last week as the striker worked well with Emily Smith chasing down every ball and holding the ball up well for her teammates. Jamey had a solid debut for the Tigresses, and she will want to continue the good work once again as Hull City Ladies lock horns with Brighouse.

“I am looking forward Sunday and my biggest welcome will be to our supporters who have been waiting almost 12 months to watch the ladies play. Welcome make some noise and enjoy the experience,” said Costello. 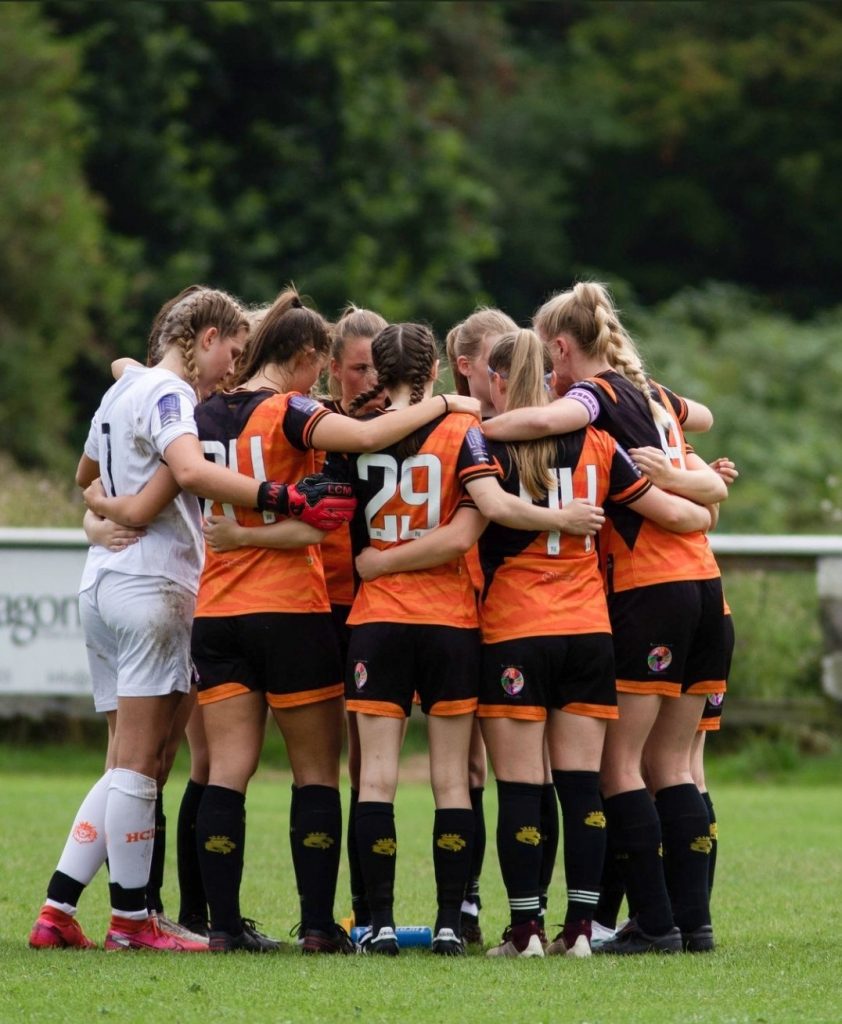