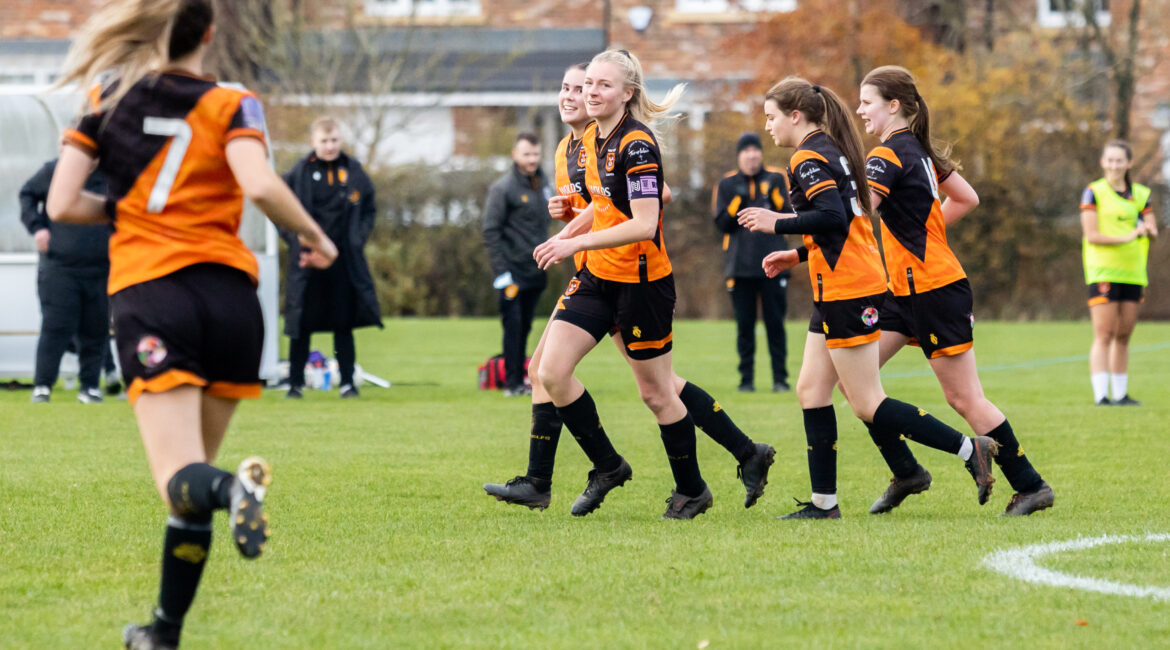 Hull City Ladies clinched a hard-fought victory away against Blackburn Community to progress through to the Second Round of the Vitality FA Cup!

Blackburn who are three divisions below the Tigresses battled relentlessly all game but Captain Ellie Tanser’s goal in the 82nd minute secured the victory.

First Team Manager Adi Costello said: “Don’t think it was the case of us doing it easy for ourselves, Blackburn didn’t allow it to be easy, what they did today, was they worked incredibly hard for each over, their off the ball game was probably one of the best we’ve played against, they really really worked hard for each over. Yes we’ll take the win, I said two things P for patience and D for discipline.

The delivery on our corners is always good, we know we have to wait and it came in the 82nd minute. A minute later our discipline went and they could have scored if Abi hadn’t saved us but ultimately we’ll take the win and move onto the next round of the cup.”

It was a frantic closing minutes as Blackburn rattled the cross-bar, in the 91st minute.

“A fantastic effort from them in the closing minutes, we hit the bar too in the first half, Anna missed a good chance but that’s football at the end of the day. We hit the bar, they hit the bar, their GK made a incredible save, did the scoreline flatter us, I don’t think, so we deserved the win and I think we didn’t deserve to win any more than that because they played really well.”

The Tigresses have been unlucky this season with results, conceding in the last seconds against Loughborough, hitting the woodwork twice against West Brom and hitting the bar twice, disallowed goal and some fantastic saves against Middlesbrough. Adi said he couldn’t speak for the team but the victory against Blackburn should be a boost to the players.

!It should be (a confidence boost), I said to them, the young girls, this is your first ever Vitality FA Cup, don’t let your memory be a poor performance or a loss. They can say we won and we’ll move on from there.”

The draw was made on Monday, when the interview took place this was before Middlesbrough result, as Boro suffered a shock defeat to Chorley on penalties.

Adi wanted Middlesbrough at home, but he will have to settle for Liverpool Feds. Tickets are now on sale for the Second Round on Sunday 28th November at Haworth Park. Clicks here for tickets!

“If I could pick anybody to play in the next round I would pick Middlesbrough at home, in the last three years we’ve only played them away, I’d like them to come to us.!

Adi added “I’ve really enjoyed it today, fair play to this club, the facilities are great and the pitch is great, we’ve been well looked after, support from both sides were great, the girls should come away with a positive memory, they’ve been treated well and right and the supporters have been brilliant and it’s been a really good day out and I hope Blackburn go onto win their league and get promoted. The way their staff and players deserve.”

Matty Turner and Paul Kirbitson have left the club, Adi expressed his best wishes to the staff and how they have been a credit to the club.

“It’s always a shame when staff leave, players come and go, staff come and go. Matty is going onto York RTC, fair play to Matty he has been superb. Paul has been fantastic and I take my hat off to them both. We will replace them but it’s not going to be easy. I have worked with Paul many years and the more I’ve got to know Matty. The more and more I release he’s got a big future in managing and coaching at a senior level.”

The 1st team aren’t in action this weekend, however the Tigresses reserves are at home against Brighouse Development. Kick off is at 2PM at North Cave Playing Fields with free entry (donation welcomed)

“Next week first team have a day off I think, I’ll go car-booting with the wife if it’s not raining but then reserves are at home, so I’ll probably take the reserve game in and watch them,” said Adi.