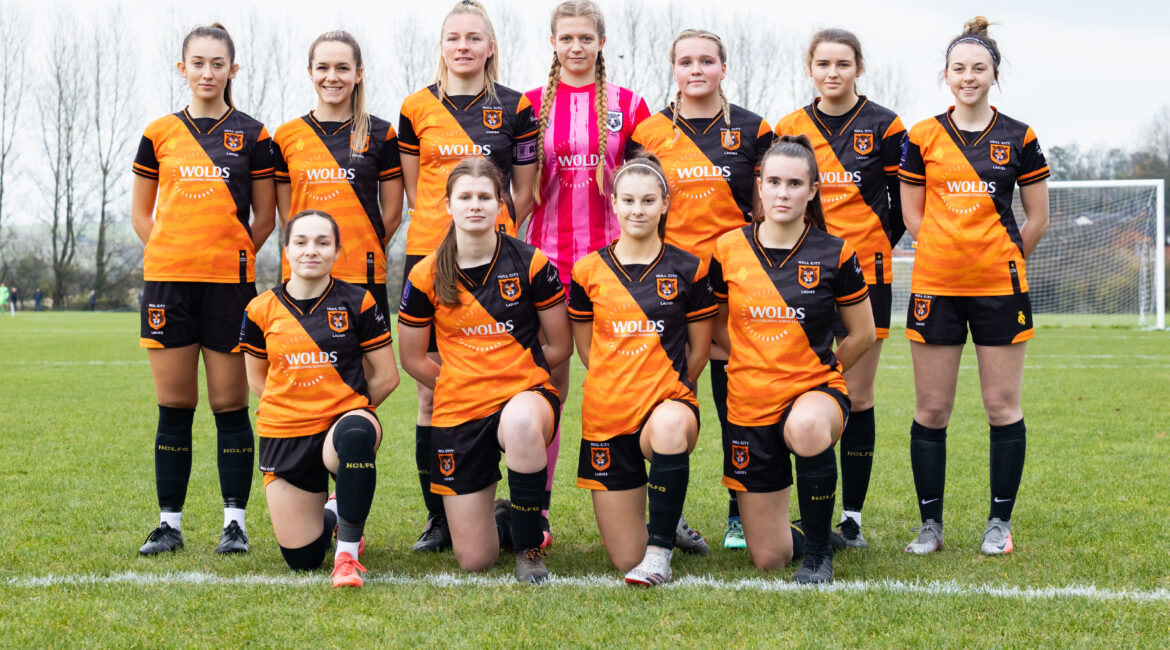 Hull City Ladies secured a hard-fought victory away against Blackburn Community to progress through to the Second Round of the Vitality FA Cup!

Blackburn who are three divisions below the Tigresses battled relentlessly all game but Captain Ellie Tanser’s goal in the 82nd minute clinched the victory.

Adi Costello said: “Blackburn didn’t allow it to be easy, what they did today, was they worked incredibly hard for each over, their off the ball game was probably one of the best we’ve played against, they really really worked hard for each over. Yes we’ll take the win, I said two things P for patience and D for discipline.”

Hull City Ladies had the brighter of starts and peppered the goal during the first half. Good shot from Liberty Bott as their keeper tipped the ball over the bar. Maddie Blundell then shot from distance moments later but it was a great save to parry the shot for a corner.

It was great play from the Tigresses, cross was flown in and Emily Smith’s shot rattled the cross-bar, as Hannah Langford went close to scoring her first goal for the HCL but her shot went inches wide of the post.

The Tigresses went into the half-time break 0-0 after good defence from Blackburn kept the score line goalless.

Blackburn had the the first chance of the second half but Abi Wallace was alert to prevent the home side taking the lead. Hull City Ladies attacked Blackburn goal with determination but couldn’t capitalise on all the good chances which came their way.

All the hard work and chances the Tigresses had, in the 82nd minute the deadlock was broken. A great corner was swung in and Captain Tanser leaped over everyone and her header flow in the top corner to give HCL the lead.

Blackburn nearly scored moments after the goal, they whipped the ball up-field and Wallace produces a great snap save to prevent the home side from equalising.

“The delivery on our corners is always good, we know we have to wait and it came in the 82nd minute. A minute later our discipline went and they could have scored if Abi hadn’t saved us but ultimately we’ll take the win and move onto the next round of the cup,” said Costello.

It was a frantic closing minutes at Jack Harrison Playing Fields, from the edge of the area Blackburn picked the ball up and the forwards sh0t rattled the cross-bar. The home side then had a penalty claim for handball but this was dismissed by the referee as the Tigresses held on to secure the win and set up a Second Round tie against Liverpool Feds.

Tickets are now on sale for the Second Round on Sunday 28th November at Haworth Park. Clicks here for tickets!