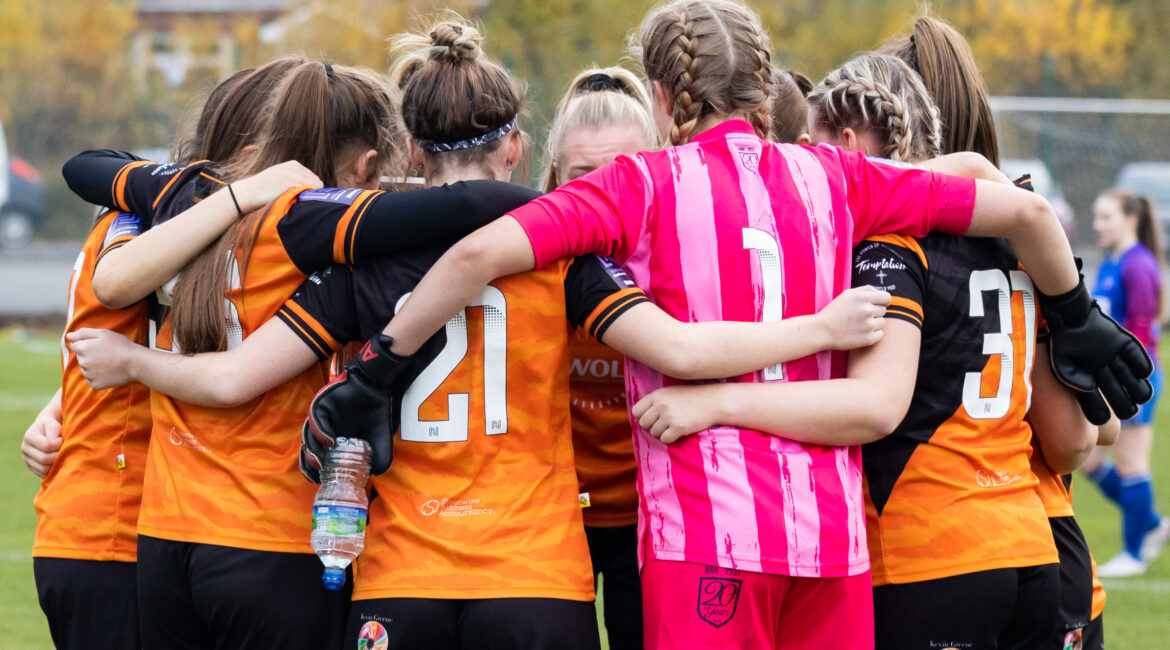 Hull City Ladies take on Liverpool Feds this Sunday in the Vitality Women’s FA Cup Second Round. After cinching a hard-fought victory away against Blackburn Community the Tigresses aim to further progress in the cup when they lock horns with Liverpool at Haworth Park.

Blackburn who are three divisions below the Tigresses battled relentlessly all game but Captain Ellie Tanser’s goal in the 82nd minute earned a fantastic away win.

First Team Manager Adi Costello said: “Don’t think it was the case of us doing it easy for ourselves, Blackburn didn’t allow it to be easy, what they did today, was they worked incredibly hard for each over, their off the ball game was probably one of the best we’ve played against, they really really worked hard for each over. Yes we’ll take the win, I said two things P for patience and D for discipline.

The delivery on our corners is always good, we know we have to wait and it came in the 82nd minute. A minute later our discipline went and they could have scored if Abi hadn’t saved us but ultimately we’ll take the win and move onto the next round of the cup.”

The Tigresses have been unlucky this season with results, conceding in the last seconds against Loughborough, hitting the woodwork twice against West Brom and hitting the bar twice, disallowed goal and some fantastic saves against Middlesbrough. Adi said he couldn’t speak for the team but the victory against Blackburn should be a boost to the players.

!It should be (a confidence boost), I said to them, the young girls, this is your first ever Vitality FA Cup, don’t let your memory be a poor performance or a loss. They can say we won and we’ll move on from there.”

Liverpool Feds have won their last eight games in all competitions, scoring 21 goals and keeping six clean sheets. They sit top of the Women’s Division One North with eight wins and one loss.

Their last game Feds put in a confident performance in tough conditions. With goals from Chan Thompson X2, Demi Devereaux and Amy Seagraves secured them all three points.

The last round saw Liverpool put in a good performance against a resolute Fleetwood to out them through to the next round of the Vitality Women’s FA Cup. Goals from Paige Cole & Ellie Stewart was enough to earn them a 2:0 victory against Fleetwood Town LFC.

One to watch this Sunday is Hannah Langford. Hannah recently got selected for the England Colleges team and will want to put in another hard fought performance this Sunday.

“I think the whole club would like to say congratulations to Hannah Langford for being selected, following a lengthy trial, to represent England Colleges. Well done Hannah,” Hannah said.

Before the game there will be a mini football tournament, our Club Ambassador is also down at the match, Carol who recently was inducted into the Hall of Fame at a surprise celebration at St George Park is happy to chat to people!

“I will endeavour to represent and promote the club positively thereby helping them climb the football ladder. I hope to see you all at home games and please feel free to come and chat to me,” said Carol.

You can read more about Carol and the induction to the National Football Hall of Fame here!