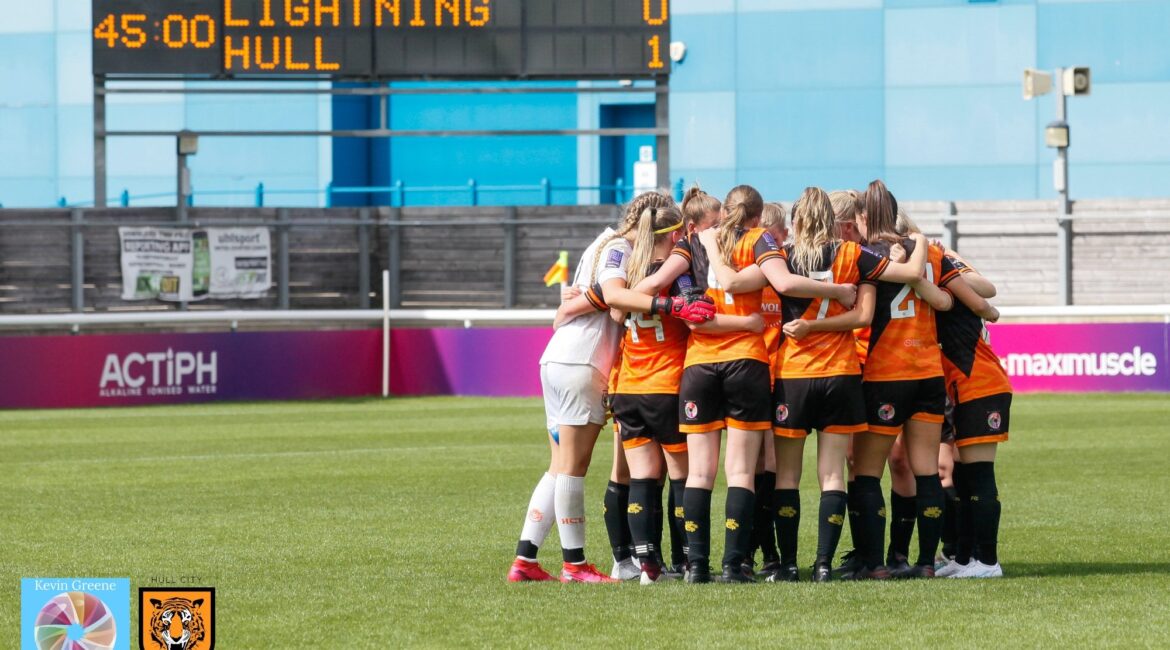 Hull City Ladies take on Loughborough Lighting in the first game of 2022, at the Easy Buy Stadium in a huge FAWNL match. 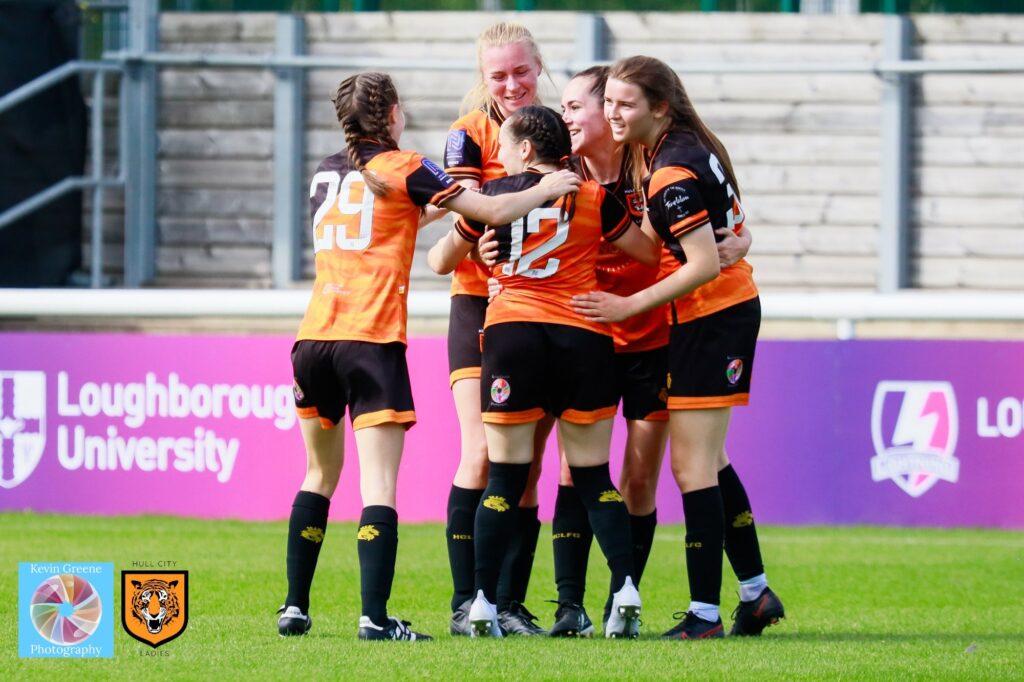 Hull City Ladies haven’t played since the FA Cup defeat against Liverpool Feds. The Tigresses went out the Vitality Women’s FA Cup after a 1-2 defeat.

It was a good response from the Tigresses in the second half with Katie Thompson’s goal levelling the scores, however, Liverpool scored late on to secure the win.

Loughborough currently are 12th in the league, two points ahead of the Tigresses. They have won one, drawn one and lost nine.

The last league game was 9th January with Fylde Ladies picking up all three points. A penalty in each half secured Fylde the victory.

At the first game of the season, Loughborough and Hull City Ladies shared a minute’s applause to remember Ria Melvin. Ria, a Loughborough graduate, sadly passed away in August 2021, RIa was a massive part of the women’s football programme during her time at Loughborough and the Loughborough family still miss her greatly.

Lighting’s first win of the season was a week after the draw against the Tigresses, as the home side clinched all three points against Sheffield Women and the Holywell Sports Complex. The goals coming from from Rosetta Taylor, Frances Miller and Chloe Young

After 236 days without no football, Hull City Ladies kicked off the FA Women’s National League with a 2-2 draw against Loughborough Lighting in the first game of the season.

The Tigresses nearly secured all three points but a very late goal from the home side saw both teams pick up a point.

Liberty Bott fired the away side ahead with a fantastic curling effort from 30 yards, Lighting equalised in the second half on the 73rd minute.

The Tigresses battled throughout the game with three club debuts, and winger Emily Smith’s shot treacled in to give Hull City Ladies a 1:2 lead.

Lighting piled on the pressure as the Tigresses weathered the storm but in the 93d minute and deep into stoppage time, the home side equalised

Adi Costello said: “It’s difficult as if you would have asked me 10 minutes into the start when they were battering us, I would have walked off with a 2-2/1-, when we changed shape and got into the game, one nil up then 2:1 up and then to concede with four seconds to go was difficult but that’s football.

We accept it and move on to come away from home, play your first league game in 236 days and come away with a point, there will be a lot of teams that don’t come away with anything this week, we’re pleased.”

“Two really good goals, Loughborough limited the amount of chances we actually had. We didn’t have many, the chances we had we converted, i’m pleased with that.

Three league debuts and six 16 year olds at the end, we played a University team where they mostly in their 20s, we had six 16-year olds, one only just turned 16 on Tuesday, fair play to them, I thought they all did well. It’s really good to see 16 year olds are cable of playing at this level, they played really well.” 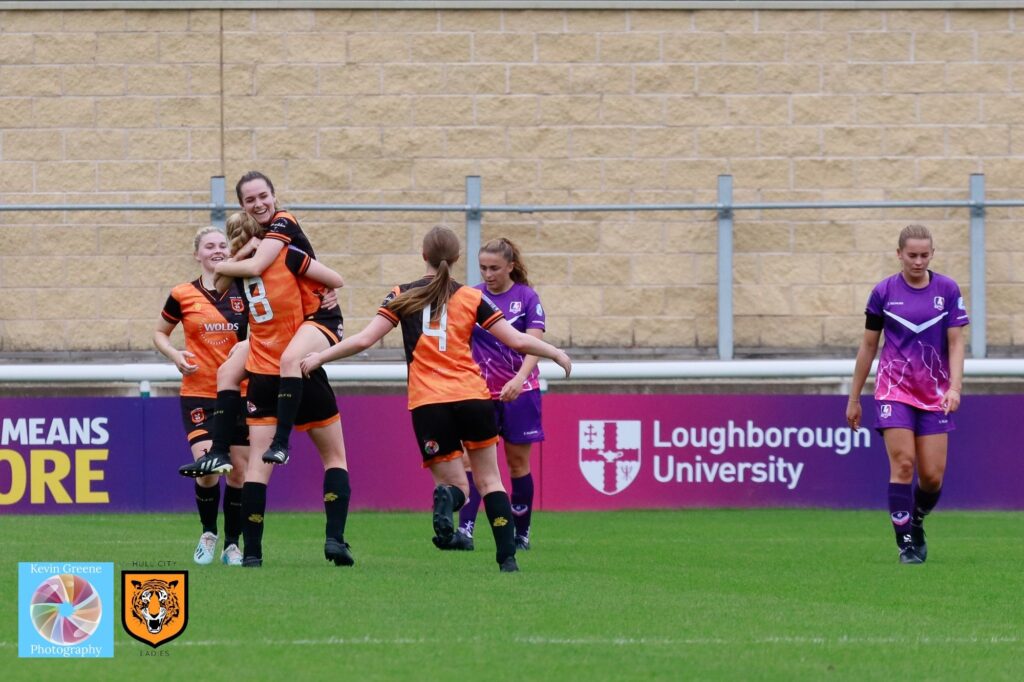 One to watch against Huddersfield is the return of Helen Lynskey. Hull City Ladies was pleased last December to announce the signing of Helen, but unfortunately didn’t get chance to make her second debut due to the postponed games.

Helen played for the club in 2019/20 & we’re delighted to welcome her back to Hull City Ladies!

“I’m excited for my second debut, playing with friends, under great management and staff, in-front of brilliant fans, and with an exciting second part of the season to look forward to, Helen said”. 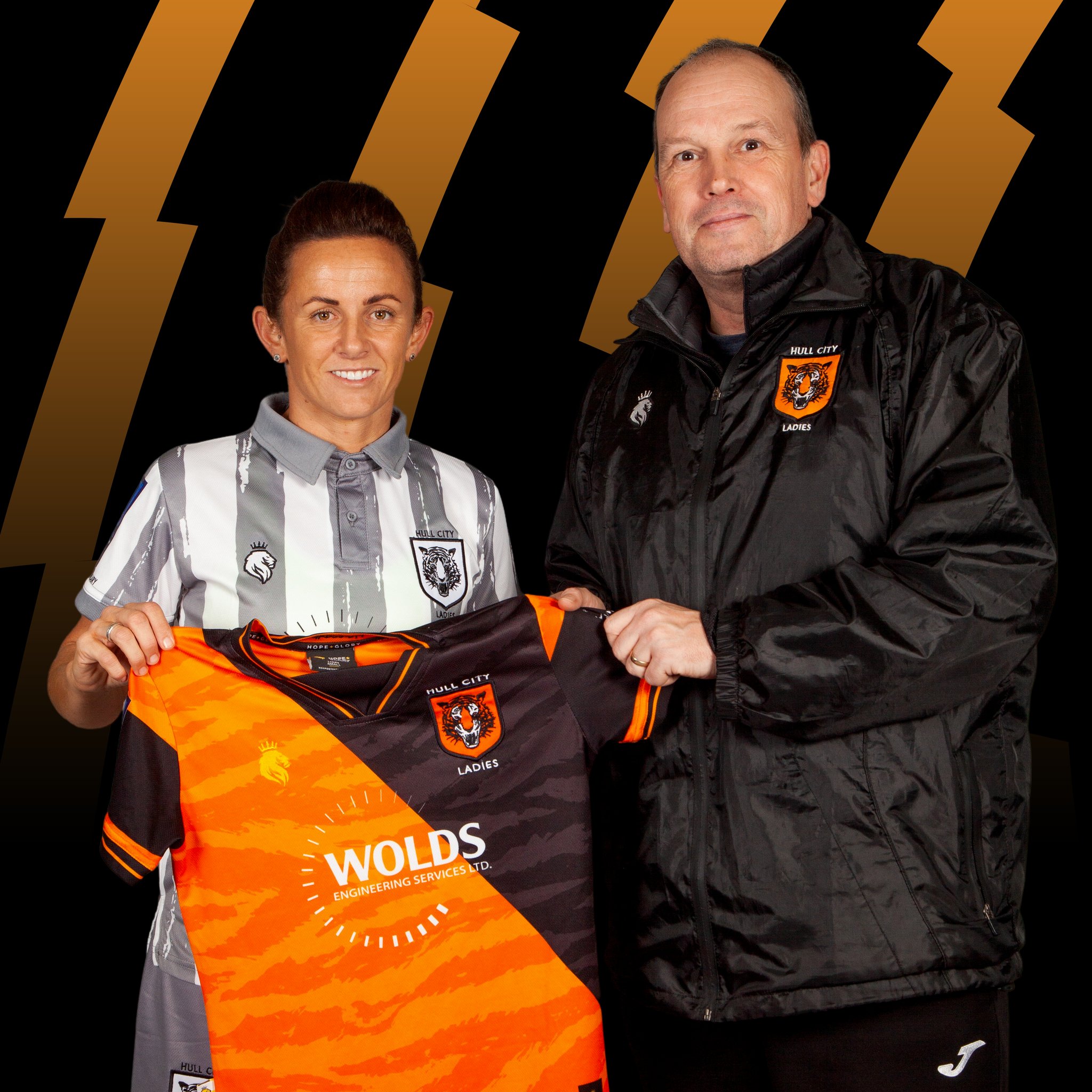