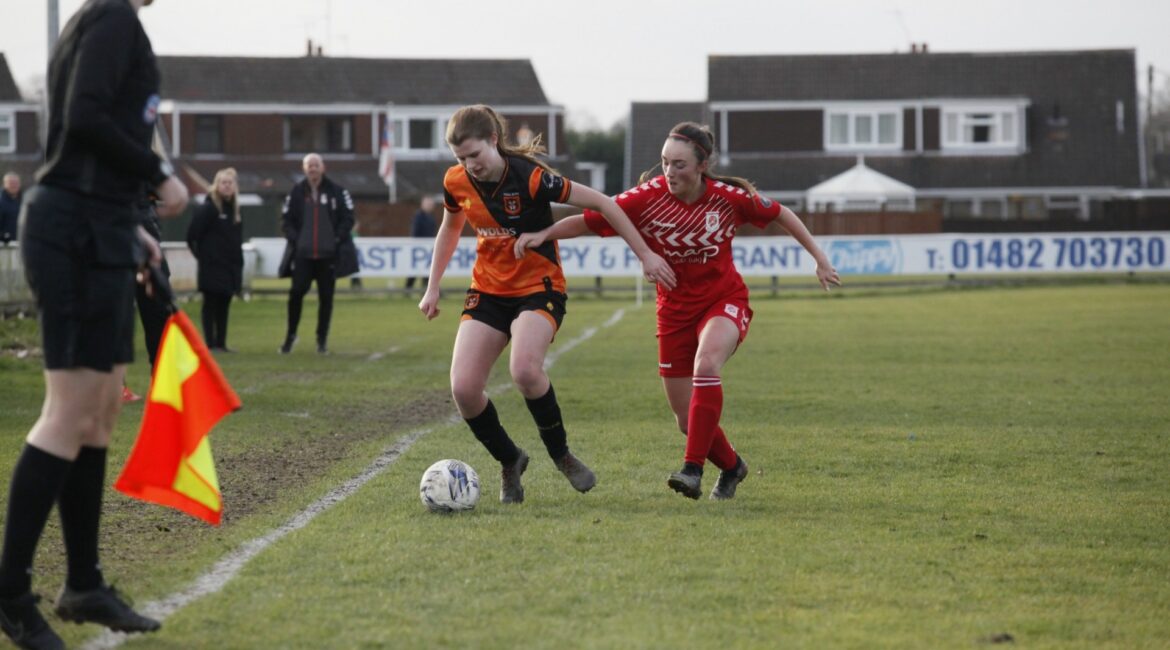 HCL started the game brightly, captain Ellie Tanser hit the crossbar from a corner just two minutes into the game.

The Tigresses remained on top for the first 20 minutes and nearly scored when Katie Thompson lifted her shot just over the bar.

Thompson was in behind the Middlesbrough defence just a minute later but the defensive recovery from the visitors kept the ball from going in.

Adi Costello’s side had yet another chance to take the lead in the 35th minute when Liberty Bott had a shot which was blocked by Abby Towers.

With ten minutes to go in the first half the Middlesbrough defence was under near constant pressure, but Rosie Todd made several saves to deny the Tigresses.

HCL started the second half at the same pace as they ended the first half. Emily Smith had a shot from just outside the box blocked by the visitors.

After 20 minutes of pressure from Middlesbrough the Tigresses had two quickfire chances from Bott. The first was fired just over the bar and the second was saved by Todd.

Bott had yet another chance with just 10 minutes remaining, but Todd made a fingertip save to keep the Tigresses out.

Lucy McIntosh had arguably the best chance of the game late on when her shot was just tipped onto the crossbar by Todd before being cleared by the defence.

Middlesbrough then have a flurry of chances at the end but some good Tigress defending prevented the away side from taking the lead. Both teams then pushed for a late winner, but the both teams eventually shared a point each.

The Tigresses are in action next Sunday against unbeaten promotion pushing Wolves at home.