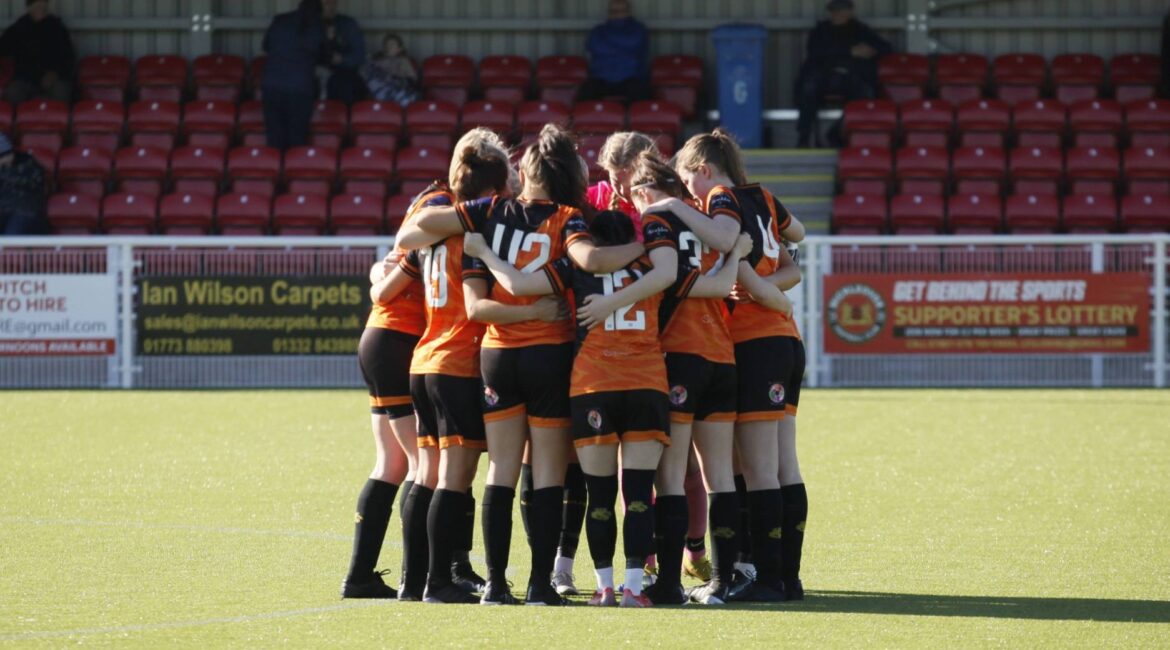 The Tigresses started the game brightly with a few chances via Emily Smith who made a few dangerous runs at the Derby defence.

Derby took the lead after Precious Hamilton played a ball across the goal which Ellie Gilliatt bundled home for the hosts.

Following the goal HCL responded with some pressure when Smith made a run and Helen Lynskey took a long distance shot which was caught by Sarah Morgan in the Derby goal.

Halfway through the first half Katie Thompson had a free kick which went straight at the Derby wall before Amy Pollock had a shot on the follow up which went wide.

The hosts doubled their lead through Gilliatt who tucked the ball past Abi Wallace who could not quite get her hand to the ball.

At the start of the second half Thompson had another free kick which looped over the wall and Morgan in the Derby goal caught the long-distance shot.

Hull got a goal back through Helen Lynskey who jumped on a mistake by the Derby defence, and she calmly lifted the ball over Morgan to get a goal back for the Tigresses.

A mistake at the back for HCL led to a shot from Hamilton who forced a terrific acrobatic save from Wallace as the ball went out for a corner.

Derby nearly extended their lead once again, but Tillie Oxley made a fantastic recovery to put the ball out for a corner.

The East Midlands side made it 3-1 through Megan Tinsley who curled in a cross which turned into a shot and Wallace could not quite get to the ball as it looped in off the post.

Coming up next for Hull City Ladies is an away match at West Bromwich Albion on Sunday 13 March in the FA Women’s National League North.