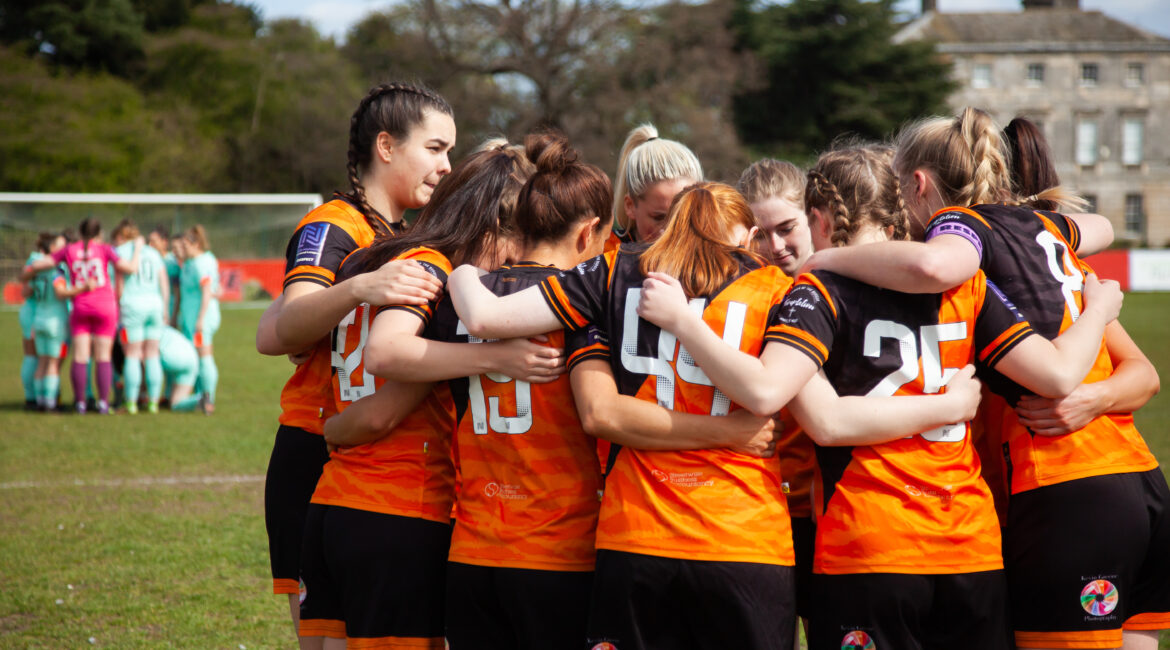 It was a decent crowd at Haworth Park that watched a double header with both the Tigresses senior and reserve teams in action at the same time.

Adi Costello’s side had the first major chance of the game when Lucy McIntosh hit the ball just wide of the post from an early corner.

Helen Lynskey had a chance not long after McIntosh after she broke through the Huddersfield backline and her shot went narrowly wide.

Despite the early pressure from the Tigresses, it was the visitors who took the lead 20 minutes into the game when Beth Ibbotson headed home from close range.

Following the goal, the game was an end-to-end encounter for the next 15 minutes with Lynskey and Katie Thompson having chances for HCL.

The final chance of the first half saw Huddersfield double their advantage through Mia Parry whose shot found the top right-hand corner.

The first chance of the second half came through Ackroyd who took on a tough first-time shot that went wide of the target.

Ackroyd had another chance to score when Thompson put in a decent cross that found the head of the winger, but Huddersfield goalkeeper Bethan Davies made the save.

Huddersfield got their third goal of the game when a cross found the head of Brittany Sanderson who snuck the ball past Abi Wallace.

The visitors got their fourth and fifth with crosses to the far post which were met by Katie Stanley and Sanderson respectively as Huddersfield completed their 5-0 victory.

The Tigresses’ will host their final match of the season next Sunday against Derby County Women.