It was a brilliant way to start 2023 with four different goal scorers, a clean sheet and and great football on show. Goals from Helen Lynskey, Rachael Ackroyd, Hope Knight and Katie Thompson clinched the three points.

The Tigresses started the game the better team, with a flurry of chances in the opening quarter. 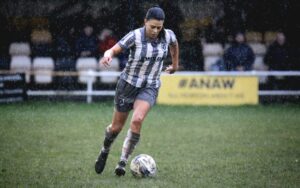 Hope Knight had the best chance of the first 15 minutes, as she span her defender and the resulting shot was saved well. The following corner Helen went close with a bullet header.

The first goal of the afternoon came on the 20th minute mark, a deserved lead for the Tigresses as Helen gave Hull City Ladies the lead. A fantastic finish on the edge of the area which flew into the bottom corner!

Moments later, it was fantastic play from the away side and nearly goal of the season already. A great counter, with Helen, Hope & Rachael all linking well.

A back heel from Rachael played Helen in but her shot went agonisingly wide.

Hull City Ladies double their lead shortly before the half time break.

A great pass from Amy Pollock found Hope who’s effort cannoned off the post and Rachael made no mistake from 5 yards out to put the Tigresses 2 ahead.

It was a great start to the second half as Tillie Oxley picked the ball up and from 20 yards unleashed a curling shot which smashed off the woodwork. 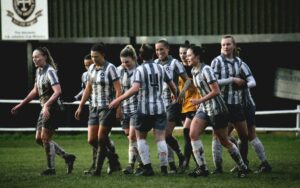 It was more great play from Chris Hames’ side, a fantastic counter attack from Hull City Ladies from one end of the field to the other.

Rachael played in Katie and it was a cool and composed finish from Katie put the Tigresses 4 goals ahead, with 13 minutes remaining.

Some more good attacking phases and some solid defending for the remainder of the game but the score line remained 0-4 victory away which started the year off to a flyer.

It rounded off a good day all round with Hull City Ladies Reserves clinching a first league win with a 4 – 2 against Chorley Reserves at North Cave Playing Fields.

Goals from Amy Knott, Lauren Wentworth and a brace from Libby Gray secured the Reserves victory!