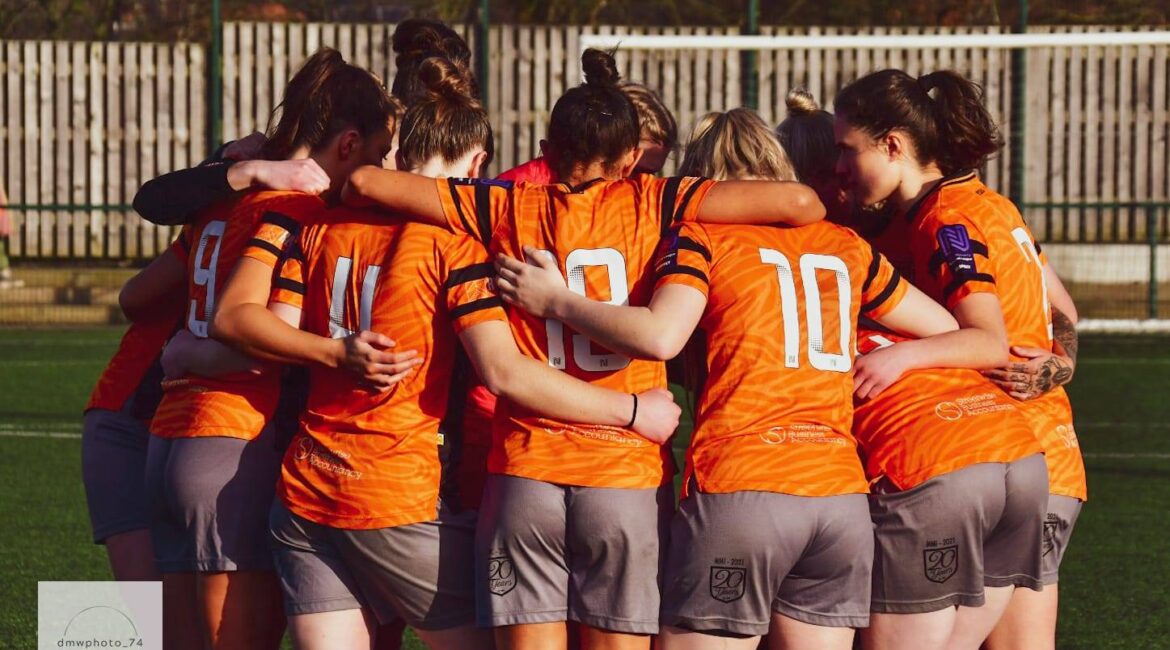 Hull City Ladies secured back-to-back victories with a 0-2 win against Chorley, at JMO Sports Park. Goals in both halves from Ellie Tanser and Katie Thompson sealed a deserved win.

It was an evenly matched opening quarter as both teams battled for possession, with a few half chances for both teams.

The first real chance for the Tigresses fell to Hope Knight: played in after some good link up play in the midfield and a powerful left footed shot was goal bound, but to be denied a great save from Emma Bradley.

Hull City Ladies continued to attack towards the Chorley goal, on the 34th minute mark the Tigresses deservedly broke the deadlock. 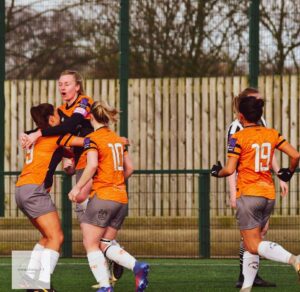 A goal line scramble ensued inside the box, as Rachael Ackroyd smashed the post with a fierce shot, the ball then fell to Hope Knight who played a neat pass to Captain Ellie Tanser who made no mistake from 10 yards as her well drilled shot rifled the back of the night to put Chris Hames’ side ahead.

Instantly Chorley went on the attack, earning a corner which they delivered excellently, but between the hands of Abi Wallace and pressure in the defence, the resultant effort clipped on the top of the bar

Another good attacking play from Hull City Ladies, Katie Thompson did brilliantly to beat her player and unleashed a good shot but Chorley’s GK made an important save once again.

Moments before half-time, Hope delivered a dangerous corner which nearly doubled the advantage as it hit the bar and went the other side of the upright.

The Tigresses came out of the second half similar to the first – another great ball through as Hope beat the offside trap, but Bradley made another good save to tip the ball onto the crossbar before claiming the follow up

Chances then started to open up for the determined visitors. Knight found space time and again on the left, and but for some excellent defending, or missed half chances the score would have been doubled sooner than it was.

Following a Chorley corner, which was dealt with expertly, firstly by Jackman, then Oxley, before Tanser played a skilled ball to split the defence. Knight, in acres of space, ran excellently with the ball in the opposition half, drawing the defence and keeper in like a powerful magnet, she then delivered a perfectly weighted ball into the space created towards the onrushing Thompson who had a simple finish from five yards out to relieve some of the pressure.

Just as we thought the game might swing towards a Chorley side who were desperate to get a goal, it was City who instead had more of the game.

In a repeat of the second goal, Knight again drew defenders and Goalkeeper as she drove in to the box, her cross, this time met by Bartup, just didn’t end up in the back of the net.

Following some good build up the Tigresses were in again, great play from Emily Smith who made a powerful run through the defence, before unselfishly passing to Laura Bartup but her shot was well saved, as Bradley unveiled her inner Schmeichel.

Solid defending and a well marshaled back line by Abi Wallace, allowed the last portion of the game to be controlled and to keep the clean sheet

Hull City Ladies now turn their attention to Stourbridge in the FAWNL Plate QF on Sunday 22nd January, at the Easy Buy Stadium.

Subs: Watters for Thompson, Oxley for Brierley, Bartup for Ackroyd, Smith for Lynskey