The Club was formed in 2001 and played in the Yorkshire & Humberside league before being promoted to North East Women’s Premier League 2005–06. Then the Tigresses merged with Beverley Town Ladies in 2011 and have rapidly 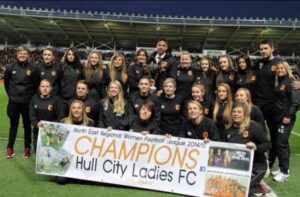 Hull City Ladies then won the East Riding County Cup in 204, before being crowned champions of the Women’s Premier League Northern Division in 2015. 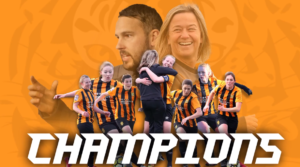 Our work in the region has been recognised too as Hull City Ladies were nominated for the Contribution to the Community Award at HullBID 2019 Awards.

After celebrating 20th Anniversary and four seasons in the FAWNL the club got relegated in 2022 to Division One North.

After Adi Costello departure in 2022, the club appointed Chris Hames as First Team Manger as the clubs aims to bounce back. 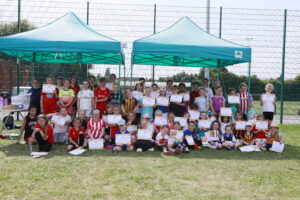 We have big ambitions for the future as the women’s sport continues to grow in popularity, performance and recognition. With sponsorship, investment and the all important media coverage in women’s football growing exponentially, Hull City Ladies believe the timing is right to grow the club and aim for being a Women’s Championship team in the next five years. Ultimately, ascending to the Women’s Super League (WSL). That may seem like a distant goal but with the fantastic backing of our sponsors, partners, supporters, players, staff and volunteers, confidence is high and I believe in the possibility of that vision. 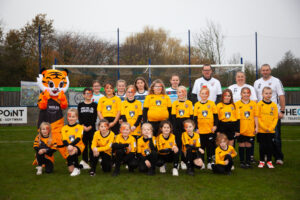 Working in our local community we are creating opportunities for women & girls in the region to develop, empower & achieve and we want to give more opportunities to women and girls to participate and engage with the game that we all love.

Hull City Ladies strives both on and off the field to help enhance the women’s game within the heart of our city, nationally and internationally. We have fantastic players, coaches, staff, volunteers, fans, key partners and sponsors who all help to create a brilliant football club Hull and the surrounding region can be proud of.